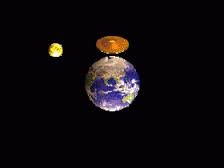 Sometimes a dream can become mixed in with half truths or confusion depending on what issues of the day stick in your mind. In my instance I have very vivid dreams and sometimes they can take on a sinister tone that when I wake up, leaves me wondering if what I just dreamt was from my own head or something else entirely. In saying this I want to share with all of you an experience in the dream world I had a couple nights ago. Be gentle with your judgments…I’m sharing this with you because it’s either a really good Sci-FI story line or it was information directly from someone not from this world or this dimension.

Sunday evening ended like most evenings, I enjoyed family time and as it was getting late, I slowly got ready for bed feeling really tired. From the moment I laid my head down I knew something was a little different. I felt slightly achy and I was tossing and turning for what seemed like hours. When sleep finally took me away, I was literally taken to a place that had human like Aliens, military insignias and a male voice speaking to me in my head. I was shown large Alien crafts that at this very moment of writing this, are stationed within earths orbit. I can remember only seeing a few yet I was told there were many more. They are miles wide and unusual shapes. I was only shown a glimpse of what they looked like and unfortunately my memory at this point is fading They are here for one purpose, they are called the rectifiers and they show up to planets when things get out of hand. My understanding is that they were called in by a conglomerate called the Federation. I have no further information on who or what they are. The male voice said they were brought in because things could get much worse for all of us here. This particular Alien race brought in is military by trade and they come to help nations, military, governments…you name it.

They are not hostile yet from what this male voice said, but he made it clear, they get the job done one way or another. They offer their language as a form of friendship and they have a badge or an insignia that looks like a curved handle with a basket on the bottom of it. There were different colors on it in long and narrow rectangles indicating rank and other vital information with the primary color being red. In order for any country or government to engage in talks with them, they have to wear this particular badge to show a peace offering. They are also willing to share their language which is called Cliton or Clikkon. It was very late when I woke up and wrote the name down in a sleeping stupor so either spelling could be correct.

This male voice told me the first line of business for this group is to go after specific Aliens on this planet that are having a negative impact on our planet. They showed me a little bit of their technology by putting a helmet on me that reminded me of the one in the movie Iron Man. I could see numbers, symbols and different screens that showed various bits of information that was basically Greek to me. It was a cool looking helmet but from what I was told each soldier has one made to their specific qualifications and skills. The rest of their uniforms are also created the same way. How they do this, I don’t know. But from what this male voice told me, the Aliens in question know already this group is here and he said many are in hiding now. Interestingly enough it was made very clear to stay out of Arizona for awhile because many Alien groups are centered there hiding out. He said to go only during the day and have an escort. The male voice said these specific Aliens are very dangerous. If you are wondering which ones…your guess is as good as mine.

I was told that this group would be making themselves known and that we would be seeing more UFO’s closer and more distinct than ever before. Now as I stated before this is just information that I am passing down. What you do with it is up to you.