Dream or not Dream or Real
Whitley at night on a campus, sitting on a bench with balls floating in the air. The time machine making bodies and recycling bodies, at death. Memories from the future pulled into the present . Whitley discusses , the principle of least reaction.
Enjoy life is short — learning is a purpose, gather knowledge to move on and on into your future.
MWiz.

Whitley takes us on more journeys to other worlds . — with his jeep we went to 19th century NYC. Another venture he discusses he was on a bus in a very polluted city of strange different looking Gray Types, this happen in out date September 97 and one day in October 97 he has a pain in his chest, he is able to slide back to that world — a nuclear disaster has destroyed it.
The two totalitarian government had destroyed themselves and their world. One last profound thing Whitley said if you on the Dark- side — the Grays get Dark.
Enjoy Whitley’s Worlds.– we can all learn much from it.

MWiz. Sleep so you may dream.

Whitley at his strange best,, Secret school stuff , the cosmic life machine ,, Sun-Earth-Moon . Meek will inherit the earth for the Great Shock — is coming. Whitley in Paramus NJ. takes a wrong turn or maybe a right turn into another world. There are houses with big serpents carved on them.

Thanks to YOU TUBE —And check out Whitley site on our blogroll.
Interesting– life is short — enjoy , please enjoy
MWiz.

Whitley’s Strange world , A big wagon pulled by dirty horses, the wagon was filled with barrels of pickles , we are in the dream-world or now into another parallel world or maybe back in time., he was suddenly overcome with total loneliness –plus more of the Whitley’s journey …

Thanks to YOU TUBE —And check out Whitley site on our blogroll.

Why have we been spending so much time on this underground stuff? Because I believe this may be the key to the whole study of the non-human entities and their agenda here, their nest, their base camp–where it all happens.

The main hub, Dulce, New Mexico, may be the home of thousands of mainly reptilian beings. This sleepy little town sits quietly above this amazingly busy and strange underground empire–an empire where we humans have little or no control even though there are also thousands of humans working there- mostly in the top levels of the facility. There have also been rumors of mini wars between humans and non-human entities over the last 20 years.

Above ground in Dulce (population 2,623, nearly all Native Americans) at an elevation of 6,769 the views of the surrounding high desert are beautiful to say the least. One person I knew several years ago was going to be traveling to Colorado from New Mexico on a sales trip and I suggested to him to stay in Dulce for one day and a night, take some pictures and see what you can see and feel, all on my dime. He did, but he didn’t stay over night and the only picture he got was of the Best Western Motel there, but if you look closely -a UFO was in the upper left corner of the photo. He did not stay because he felt very strange and very uncomfortable, like there were eyes watching his every move. Another family group I know was going to Dulce just to see if they could see something that would hint at the underground activity. As they got into town and were filling up their gas tank at a convenience store, the husband was approached by (something) maybe a police officer that stared at him and telepathically told him to “Leave Now”. The husband retrieved his family from inside the store and got into their vehicle and never looked back. He is still affected by this strange encounter years later.

I have heard and read about similar encounters by other people visiting this area. There are beings watching on top so no one can see below.

So if you want to experience another place, another world, Dulce’s your place.

If you have had your own experiences at this Destination Strange- please write a comment.

Enjoy- sleep tight – our government is watching over us.

Brother Bill, more excitement Drugs, Aliens and JFK. An SS guy named Greer according to Cooper killed Kennedy as he rode near the famous Book Depository. JFK the “Outsider” was ready to spill the beans or Aliens whichever. Alternate “3” – a whole story in itself. The Bilderburgers, the Bilderburgers, and on and on. Ending with plants and water to the Moon. You heard of Area 51 check out Area S4.

My day started out fairly normally with grocery shopping, walking Mr. Shaman and getting gas etc. I was looking forward to the evening when I was planning to go over to a friends house and meet a celebrity of sorts. Al Bielek was a man (maybe not a man) who at the least was from somewhere else or had traveled to somehow else–all sounds complicated and it was. He was a guy who was at the center of the Philadelphia Experiment and the Montauk experiments in Time (travel) and maybe much more. Al was in town on a movie shoot about Montauk, romance and other-worldly stuff. We sat around with the cast and talked about the days movie shooting, a fairly boring mundane conversation. Then the fragile Bielek stepped into the room. The atmosphere changed, a strange energy moved around the room, it was exciting but unsettling.

The group fired off many questions to Al and he fired back answers. Questions– wow– amazing questions and even more amazing answers,such as ‘What purpose of life and death”?, “How many groups of aliens are on earth?”, “What is it like on Mars”?,and Is the Moon real”? to name just a few.
Al’s answers? (Well maybe another time). Strangely he is a narcoleptic of sorts,and would dose off in the middle of an answer. Sometimes we would anxiously wait for him to finish an answer, but when he came to he wouldn’t miss a beat. As Al spoke,he took us (the group) to other worlds and other dimensions. As we were in this Bielek state of mind, a huge wolf slowly walked among us. Was it real or not real? All minds paused, but it was real. We all froze,as the great wolf’s eyes pierced into the back of our minds. Its breath was slightly sweet and hot.
The wolf and Al made this event,an experience in the surreal. I wouldn’t trade it for anything.
MWiz. 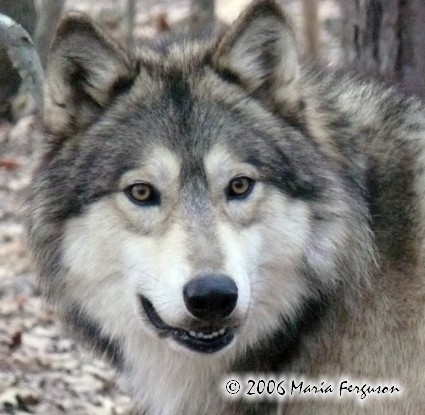 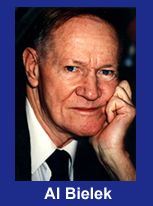 I receive interesting and sometimes amazing commentary from people describing their visitations to the Dreamworld. As I mentioned in last week’s post we spend 1/3 of our lives sleeping and dreaming. And I feel those eight hours could be spent more productively exploring the dream-state and remembering dreams for the 16 hour day-shift.
So here is an experience from the Dreamworld – In this place a group of beings (humanoids) was taking care of a group of their children (I guess a daycare type setting). Unlike us earthlings, who for the most part suppress a child’s love for life, this group of beings simulated them almost to the max. To balance this high level of chaos and excitement there was another group called the Pronders. The Pronders were best described as hybrid bird/human, bi-pedal, having long thin metallic segmented neck, elongated down covered head with beautiful eyes. They were two to three feet tall. They had long fingers and hands and had a graceful way about them. The communication between them and the humanoids was just “knowing”, nothing verbal or telepathic. But there was great comfort between all. This feeling coming from the Pronders can be described as monk-like, spiritual, loving and very peaceful. Our dream-traveler had a bit of anxiety because the Pronders looked quite fragile around this herd of wild children. But the Pronders were at total peace in the eye of the hurricane. When the children came close to the Pronders ,no one got hurt because they could occupy the same space, so the Pronders are from a close but different dimension.
It seems the Pronders’ purpose is to be a calming and to hold the spiritual base-line for the humanoids.
With the Pronders’ presence their high vibratory level keeps the Humanoids from losing their way, a tethered spiritual life-line. The Pronders allow the humanoids to explore the Universe in a totally fearless, doubt-free way.