THANKS TO
Valentin Petkov unsplash

This “Galactic Federation” has supposedly been in contact with Israel and the US for years, but are keeping themselves a secret to prevent hysteria until humanity is ready.

NGC 4866, a lenticular galaxy, is shown in this NASA handout provided on July 19, 2013. Situated about 80 million light-years from earth, this image was captured by the Advanced Camera for Surveys, an instrument on the NASA/ESA Hubble Space Telescope(photo credit: REUTERS/EUROPEAN SPACE AGENCY/NASA/ESA HUBBLE SPACE TELESCOPE/HANDOUT VIA REUTERS)AdvertisementHas the State of Israel made contact with aliens?According to retired Israeli general and current professor Haim Eshed, the answer is yes, but this has been kept a secret because “humanity isn’t ready.”Read More Related Articles

Recommended bySpeaking in an interview to Yediot Aharonot, Eshed – who served as the head of Israel’s space security program for nearly 30 years and is a three-time recipient of the Israel Security Award – explained that Israel and the US have both been dealing with aliens for years.And this by no means refers to immigrants, with Eshed clarifying the existence of a “Galactic Federation.”The 87-year-old former space security chief gave further descriptions about exactly what sort of agreements have been made between the aliens and the US, which ostensibly have been made because they wish to research and understand “the fabric of the universe.” This cooperation includes a secret underground base on Mars, where there are American and alien representatives.If true, this would coincide with US President Donald Trump’s creation of the Space Force as the fifth branch of the US armed forces, though it is unclear how long this sort of relationship, if any, has been going on between the US and its reported extraterrestrial allies.But Eshed insists that Trump is aware of them, and that he was “on the verge” of disclosing their existence. However, the Galactic Federation reportedly stopped him from doing so, saying they wished to prevent mass hysteria since they felt humanity needed to “evolve and reach a stage where we will… understand what space and spaceships are,” Yediot Aharonot reported.

READ MOREREAD MOREREAD MOREjavascript:falseSKIP ADAs for why he’s chosen to reveal this information now, Eshed explained that the timing was simply due to how much the academic landscape has changed, and how respected he is in academia.”If I had come up with what I’m saying today five years ago, I would have been hospitalized,” he explained to Yediot.He added that “today, they’re already talking differently. I have nothing to lose. I’ve received my degrees and awards; I am respected in universities abroad, where the trend is also changing.”Eshed provided more information in his newest book, The Universe Beyond the Horizon – conversations with Professor Haim Eshed, along with other details such as how aliens have prevented nuclear apocalypses and “when we can jump in and visit the Men in Black.” The book is available now for NIS 98. While it is unclear if any evidence exists that could support Eshed’s claims, they did come just ahead of a recent announcement by SpaceIL, the group behind Israel’s failed attempt to land a spacecraft on the moon in 2019. Uploaded to social media with the text “Ready to get excited again?,” the announcement contained a 15-second video of the moon with text saying “Back to the Moon,” followed by the date of December 9, 2020. It is likely that this is a follow up to the Beresheet spacecraft, which crashed after engineers lost contact with it just minutes before it was due to land. However, the follow-up project, titled Beresheet 2, is expected to take three years to be ready. But sadly, we may never know the truth.

Slowly the crack – in the NON- human entities cover-up is coming. 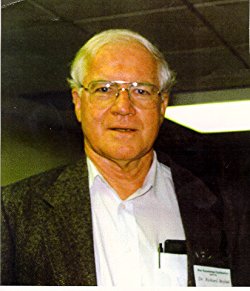 I had the opportunity to spend the afternoon with Clifford Stone during a warm winter afternoon last weekend in a place called Roswell, New Mexico. My girlfriend contacted Clifford and set-up the meeting, so she and I, and another friend of mine, took this three-hour adventure to Roswell and meet Cliff at the Roswell UFO museum. During lunch we talked, well more like Cliff talked, and we tried to keep up. He loves to talk UFOs and anything related to them.

Clifford comes from a 22 year amazing career with the Army. Not the regular Army but an elite force whose mission was to recover crashed UFOs. In these crashed UFOs there were bodies, artifacts, a few live beings, and a bunch of technology. Most of the Tech was beyond our ability to understand and still is. But, as we know, humans don’t give up easily and they have tried for 60 plus years to crack the genie of Alien knowledge.

Unfortunately, the human elite corporations and the military have kept the secrets to a very small group only to occasionally release the fun technology that made them all quite rich. Clifford knows the military’s deepest secrets. Because of this fact he is a bit paranoid and fears for his life and safety of his family.

As Clifford will tell you, this government operation is highly illegal. It is unconstitutional to keep these secrets from the public, in the name of security. These beings have been among us for our entire existence on earth. I am sure they have done some harm, but they have, in my estimation, done more good. And let’s face it; they are our creators, our God, our Gods. We are their children, at least to some of these groups of beings. The others are visitors to our planet doing their agendas, of good and bad, man has little or no control over their movements.

Thanks Clifford for having the courage to come forward and speak the Truth.

Sleep tight – If you want to hear more from Cliff, he will be speaking at my group in Albuquerque end of February, go to NMUPf.blogspot.com 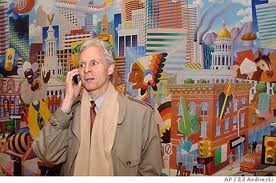 The field in Denver’s mayoral race grew to 16 with an announcement Friday from Jeff Peckman that he would enter the race.
Peckman was the man behind the ballot initiative last year that would have required the city to create the world’s first government-sanctioned extraterrestrial-affairs commission. In 2003, he championed the “Safety Through Peace” initiative, which proposed Denver adopt peacefulness programs to lower “society-wide stress.”