Ben Bradlee, the lifetime Editor in Chief of the Washington Post, was a man of amazing charisma, courage and guts. He was the backbone to the Watergate scandal and the Pentagon Papers that broke wide-open two high-profile historic events. He gently rode Bernstein and Woodward to greatness. Bradlee did what few would ever achieve, he un-covered two of the most profound conspiracies in modern times. And with Bradlee’s, Woodward’s and Bernstein’s hard work the result created the only resignation of a President in the history of our country.

So if Bradlee was alive and a younger man and he had the amazing evidence of the thousands of professionals, in the fields of engineering, architecture, pilots, law enforcement, firefighters, demolition experts, we are talking of 5,000+ of the best brains in the world, when it came this one profound event would he believe, would he act?
The event I am speaking of is 911, the most powerful brain screw ever. Why has only 3 % of our population here in the US fully awaken to the greatest tyranny of our times? People in trusted areas of our government conspired and killing 3000+ people here in the US and hundreds of thousands of innocent people in the Mideast based on total known lies.
This event is 100 times more impacting than Watergate and the Pentagon Paper combined. This group of dark creatures stole part of our souls, as a result of their corruption, and lies. This one event will slowly kill our country, but we cannot bury the truth. Only the truth will make us whole as humans and Americans.

Ben Bradlee is the type of man we need to push the facts to show the truth and get our country back from the tyrants who stole it. Bradlee’s credibility could have been the catalyst to a new world truth. If this lie goes untold, the next horrific event will be 1000 times more impacting and will end humankind as we know it.

Sleep-tight, Like Ben Bradlee (who died last week) a larger than life truth seeker will ride into town – the facts are every-where, we await the catalyst to ignite the truth in the hearts and minds of all Americans and save our country. 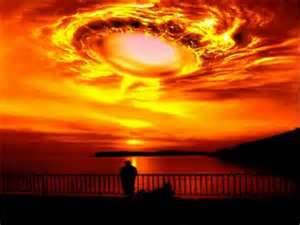 More destruction to our world — will it ever stop ?

I must warn you — you are truly going to be pissed. Get the full movie, this is just a taste, a powerful taste, which is very very distasteful and at the very least shows high crimes against all Americans and many world citizens.

Every American should be forced to watch this.