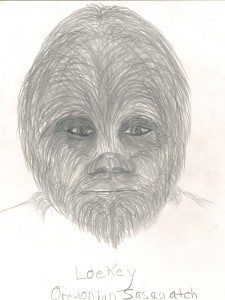 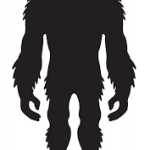 Every once in a blue moon I would think about Loekey and then zone out, filling my days with the constant mundane certainty of being housemaid, animal keeper, Girl Friday and time clock Mom. Life can become a rerun that doesn’t require any forethought but to tell you the truth, for someone like me, it’s actually a comforting lifestyle.

Normalcy is an understatement in our home because as an impath, sometimes wayward spirits like to continue discussions by attaching themselves to me as I head home. Sometimes it’s hard to remember to leave uninvited guests at my doorstep. Loekey was different though. To me, he was more then an inquisitive or needy spirit, he was a highly evolved being that represented the Sentient Forests and their mysteries. In some ways, Loekey’s energy reminded me of an old, antiquated Child’s story. You know, the ones we all grew up with, the Enchanted Forests of old, with Fairies, dragons and unicorns.

I knew it was just a matter of time before Loekey would contact me again. I wasn’t worried about our next chance meeting but I have to say, I really didn’t want another conversation in the shower. I guess the human (woman) in me just felt like I was at a disadvantage being naked. As I found out later, Loekey on the other hand thought I would be more comfortable this way. Boy, does he have a lot to learn about humans, especially women!

Months came and went and still no Loekey. August was an especially busy month not only because my daughter went back to school but because she turned 20. Needless to say, by the end of the month I was ready for a vacation.

Michael and I decided to take a short trip to Oregon, on Labor Day weekend. It was a great change of pace for both of us and I was really looking forward to seeing the countryside. We stayed in Portland with Michael’s daughter and her fiancé and ventured out in our rental car during the day. On our first day, we were blessed to have Michael’s oldest daughter with us so we drove all around wine country and back roads. We saw Christmas tree farms along with groups of huge pine trees. The forests were thick with undergrowth and the smell was the best part, it has never left me.

The second night of our vacation, we settled down to go to bed and for some reason I could not fall asleep. I tossed and I turned and I found that I was really dry and thirsty so I got up to drink some water. I put a few water bottles on a side table that was in front of the closet. We moved it there to give us more room by the bed. I drank a whole water bottle and still felt dry. I usually drink a lot of water at night but what made this really weird, I drank more water then usual that night because I felt like a dried up ole pine tree.

I knew I really needed to get some sleep since it was after midnight so I turned off the light and got back into bed. I laid down and turned to my left side facing the outside of the bed. As I lay trying to get comfortable, I got the sensation that there was a huge figure standing by the door-frame inside the room. I thought I was just imagining it but I could clearly see the outline of a large figure standing, facing me. I said quietly to myself that if there really was someone there, to make a sound. Just as I said that, two of the water bottles that I drank from, popped in sequence very loudly. As a matter of fact, so loud that I knew they probably woke up Michael but to my astonishment, he was still asleep.

That’s when Loekey said hello and told me not be scared. I must admit my heart was pounding a mile a minute and I was very intimidated by his large frame. His head was right up against the ceiling and I could see a leather strap across his chest. He talked to me for what seemed like minutes but I had the impression that it was more like hours. All I know is that by the time I did fall asleep, I was no longer intimidated by Loekey and I felt very comfortable in his presence. It was evident that Loekey had given me quite a bit of information but I was too tired to do anything but sleep. 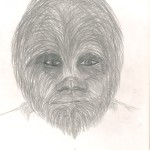 Here is my favorite contact, Loekey an Oregonian Sasquatch who as some of you may know, was a major part of 3 posts that I wrote about last year. I haven’t had much contact with him this year but I have felt him around. As a matter of fact, we have two gigantic pine trees in our front yard and Michael and I picked this house especially for Loekey to come and visit since he is a portal jumper by nature.

We have exceptional views of the Wasatch mountain range here and love the close proximity to magnificent canyons and trails. The vortex photography looks like it will be beyond our wildest dreams. We are excited to see what appears in our photos.

Loekey is a major part of my first experience with a Sasquatch and I feel very honored that he chose me to communicate with. In the near future as he communicates with me more, I will keep you all posted.

Just recently, Michael and I went to Skinwalker Ranch. I’ll tell you all about that adventure in my next blog post!