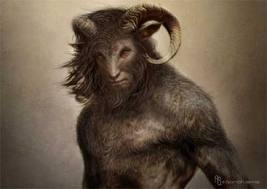 As you read this I will be deep in the woods on an adventure with my dear friend Kewaunee Lapseritis. I am quite sure something strange and mysterious already has happened as it always does, although sometimes it is not apparent until weeks after the trip.
One of the most mysterious states in the US is Kentucky, a place where I believe the veil between this dimension and others is very thin and that other realities bleed over into Kentucky.
Why Kentucky? Maybe because of the widespread historic violence during the Indian wars and the Civil War, blood was everywhere. In Kentucky natural mysteries and natural wonders abound. The question is does this past violence open up portals for other entities, beings and bizarre creatures to slide in?
I had always enjoyed traveling through Kentucky, but I always felt a strange energy among the beauty of the green/blue grass. There are many weird stories that have come out of Kentucky over the past 200 years. Here are a few.
In the late 90’s a couple was driving through the Ohio bottomlands and suddenly the woman in the car noticed something like an ultra-light plane or a glider. But to the couple’s surprise it was a huge bird, which was featherless, with bat-wings, red in color, and a wingspan of about 20 feet. Another curious detail it had a tail that was rolled up. If we had a little smoke and fire, I would say it was a dragon.
There are also hundreds of Bigfoot sightings happening yearly throughout the state. There is even a mountain called Bigfoot Mountain in the Western part of the state. And there are Leprechauns/We people; some are covered with hair and others the more traditional brightly-colored clothes- shoes etc.
Finally they have strange lizard-like creatures about 6 ft tall, which can run on their hind feet. Several dozen of these encounters have been reported in the last 50 years throughout Kentucky.
There are many other examples of true strangeness in Kentucky, the “Land of Tomorrow.”
Sleep tight – the fun is just beginning.
MWiz.