This week will be a brief post. Here are a few more photos from our Dugway trip from last year and earlier this year.

I do believe that there are more energy beings coming to the planet.
Utah is definitely different than New Mexico. The Plasma Photon vehicles seem to be attracted to this area. The years we were in NM, I didn’t notice them and they didn’t come out in photographs that Michael or I took.

There is also something else … I saw what appeared to be like a 10 foot wave of energy that gently came towards me, washing over me. I felt it a few weeks ago and noticed that things started changing, blocks opened up and stagnant energy around me not only started to flow, it became a raging river flooding my senses.

Be on the lookout for changes because they are coming in all shapes and sizes, personal, public, natural and man-made. 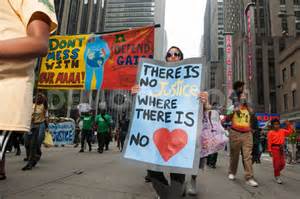 Fairewinds on the March

­­No matter what one’s political persuasion, it is evident that the world’s weather patterns have intensified and are impacting people around the globe. To focus world attention on this issue, at least 400,000 people stepped out in New York City in the People’s Climate March on Sunday September 21st. This unified effort was the first gathering of this magnitude and meant to focus world attention on the dramatic consequences climate change is having on the world’s economy, environmental health, and the personal health of people throughout the world.

Fairewinds Board Member Chiho Kaneko and I were part of more than 1,000 marchers in the Nuclear Free, Carbon Free contingent.

“This is a movement embraced by young people, which is good – so different from whom we see in the anti-war & anti-nuclear movements,” Chiho reflected. “They are urged to DO something, so this had a different flavor and brought in a new generation of people.

Riding on separate buses from Vermont, we realized the importance of the Nuclear Free contingent well before we arrived. On the long trip from Vermont, we both spoke to staunch climate change activists, yet when the discussion changed to nuclear power, some were on the fence. They would say, “I read a new study saying new nuclear reactors and recycling spent fuel is so much better, and, isn’t nuclear power emissions free? Shouldn’t nuclear be part of the mix?”

Chiho and I believe it is vital to have an honest discussion about nuclear power and the future of energy policies, especially with the people spearheading the climate change movement. We want to hear an honest discussion between people like Arnie Gundersen and Bill McKibben.

When our buses were delayed in traffic, Chiho missed her engagement to sing at the rally. Even before we found the Nuclear Free contingent, two-dozen blocks from the bus drop off, we saw “Nuclear? No Thanks” smiling sun flags everywhere in the streets. NIRS (Nuclear Information Research Services) gave 650 flags away before the march even began. We wandered among the 1,000 plus nuclear crowd, greeting colleagues from around the country, and meeting nuclear campaigners from Indian Point, Pilgrim, Fitzpatrick, Tennessee, South Carolina, New Jersey, and more. Many people recognized Chiho from her Fairewinds media work, her translation work, and through New York City events in which she has participated. They expressed their gratitude to us for the work done by Fairewinds.

“In the New York area, the Japanese community concerned with nuclear issues is relatively small,” Chiho said. “One young woman told me that it is very difficult for her to talk about Fukushima Daiichi with her peers especially mothers, because they don’t want to think about it, it is too disturbing” Chiho added, “She feels pretty isolated, and when she comes to a big march or rally, it is a consolation. That one is not alone is a huge value of public demonstrations. That recognition can encourage them to continue their work back home.”

I was on the logistics team for many of the Vermont Yankee events and on the team that organized the Nuclear Free Contingent for this march. Most people have a misconception about protesters. The people who I met mirrored what research has shown. They came out to protest because they have already educated themselves on issues, vote, contact politicians, attend hearings, and write letters to the editor.

Sunday’s march marked the beginning of a broad coalition of issues under one umbrella – climate justice. It also motivated tens of thousands of people who are new to public protest. The new marchers were activated by the outrage they feel and a well-organized broad event, one safe enough for these new activists to move from letter writing to marching in the street.

At times while we walked, I saw Chiho sketching what she witnessed. “It is the role of artists to really see the problems we face and articulate them, to find ways to think about things on a very basic level, not just issue by issue,” Chiho said when I asked her about it.

“If people say ‘lives matter,’ that is a starting point. Without that, you don’t have a foundation to nurture sound judgments. It felt like this march was an occasion to be completely open and available to our fellow humans,” she said.

Chiho also noted that at one point, she was sketching while marching, there was a stop, and a policeman was looking over Chiho’s shoulder. He shook his head, as if saying, “I don’t know how you do that,” and they bumped fists. “It was a connection. That was the sweetest moment.”

To me, the most touching post-March moment was Tuesday when President Obama, in his speech to the United Nations, said, “Our citizens keep marching. We cannot pretend we do not hear them. We have to answer the call.

DemocracyNow.org – A Japanese parliamentary inquiry has concluded last year’s nuclear meltdown of the 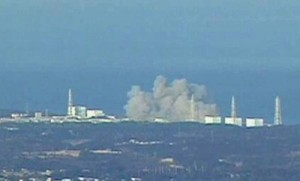 We speak to former nuclear industry executive Arnie Gundersen about the report and what it means for U.S. nuclear facilities, in particular the 23 with a similar design to the Fukushima plant. “There is some curious information on Fukushima Unit 1, the first one to fail,” Gundersen says. “It was built by an American company, General Electric, and an American architect/engineer. It’s hard for the Japanese to blame themselves when this was an all-American design … I’m concerned that the nuclear industry in the United States will say it’s a Japanese problem, and it’s not.”

We will never be able to forget Fukushima — its going to effect us (the world) for at least 100 + years.