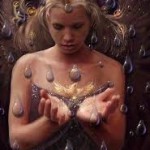 By Michael
After 50 years in this amazing field we call UFOs and Paranormal, I have learned exceedingly cool stuff about humans and beings from other realities. It takes years to understand a very slight concept about dimensional beings but humans are easier to understand and all the elements that make them tick.
After hundreds of interviews with abductees there are some very interesting commonalities between many of them. One is the ability for them to be empathetic and feel people’s emotions. The question I have always asked is, are abductees born empathic with their abilities or are they given their abilities from their encounters with the dimensional beings?

I feel we all have the empathic ability, but only a few realize it. After interviewing hundreds of abductees, many realized their abilities after they knew they had had an encounter with another reality. I believe their encounters are triggering events, opening up many access points to the infinite universe.
Being an empath can be a dangerous business, if they are not careful they can absorb the emotions of hundreds of people just by walking through a Mall. This emotional over-load can throw an empath into a mental crisis and exhaust their bodies, driving the empath into a sleep response for several days. Empaths eventually learn to protect themselves from the flood of human energy by building empirical shields around their bodies.

Some empaths have the amazing ability to make contact with spirits. My partner is one of those people, she can walk into a cemetery and spirits will start communicating with her. When the emotional load becomes too much she must remove herself from the location to recover. She recently had a civil war cemetery experience in the Nashville area. This time she actually felt the physical pain of the soldier who had in theory died 150 years ago. But he was in a limbo reality, and she was able to observe the event. It was very powerful and profound.

Sleep- tight , Being empathic – is like looking at glass humans – you get to see everything that makes them tick – but only by controlling the experience with care can you gain wisdom and not madness.