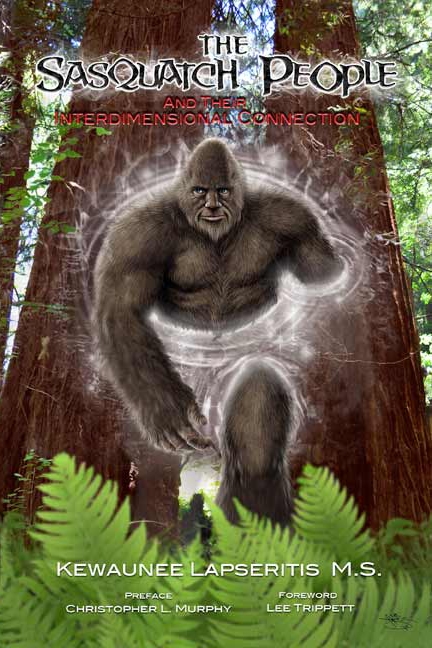 Well that’s what it seems from my world. I have been getting an increased number of reports from people having Bigfoot sightings/experiences. Are the thousands of creditable sightings over the past hundred years finally creating the tipping point that the mainstream media can no longer ignore that they (BF) are a real phenomena. The theories on the how and why are solidifying – and I believe from my own personal experiences and great insight received from my Bigfoot Guru Kewaunee that BF are inter-dimensional beings and their movement between the dimensions create their stealth abilities and provides an explanation to some of the questions that humans have had over the years.

So let me share a wonderful BF story that I heard just a few days ago, from a somewhat unlikely source, a Native American from the Four Corners. I have worked with Native Americans on the BF mystery before. But normally it would take me years to develop a relationship with a Native American to share this type of information about the Bigfoot. But I was at my doctor’s office the other day and the doctor’s assistant, a Navaho woman, and I struck up a conversation about her Bigfoot experience when she was 8 years old. She was on an outing with three of her friends and an older chaperone. They were having a picnic in a small cave next to a mesa, when they looked out of the cave down the trail and there was a big chocolate creature carrying a lamb. The young girls all started to scream over the amazing but scary sight. The older girl, who was watching over the younger ones, quickly covered their mouths so as to not bring attention to their group as the Bigfoot pasted by. The Navaho women said she has never forgotten the incredible event. Since the Navaho raise thousands of sheep every year, there are been rumors of many lambs/sheep taken on a yearly basis off the Navaho Rez in the four corners area by the big furry ones. I guess its better than eating people.

I believe the world of Bigfoot will come to mainstream before the UFOs. But remember as my friend and colleague Kewaunee has said there is an UFO / Bigfoot connection.

Sleep Tight – Maybe a Bigfoot will smile upon you.