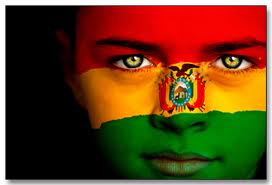 Law of Mother Earth expected to prompt radical new conservation and social measures in South American nation
Bolivia is set to pass the world’s first laws granting all nature equal rights to humans. The Law of Mother Earth, now agreed by politicians and grassroots social groups, redefines the country’s rich mineral deposits as “blessings” and is expected to lead to radical new conservation and social measures to reduce pollution and control industry.

The country, which has been pilloried by the US and Britain in the UN climate talks for demanding steep carbon emission cuts, will establish 11 new rights for nature. They include: the right to life and to exist; the right to continue vital cycles and processes free from human alteration; the right to pure water and clean air; the right to balance; the right not to be polluted; and the right to not have cellular structure modified or genetically altered.

Controversially, it will also enshrine the right of nature “to not be affected by mega-infrastructure and development projects that affect the balance of ecosystems and the local inhabitant communities”.

“It makes world history. Earth is the mother of all”, said Vice-President Alvaro García Linera. “It establishes a new relationship between man and nature, the harmony of which must be preserved as a guarantee of its regeneration.”

The law, which is part of a complete restructuring of the Bolivian legal system following a change of constitution in 2009, has been heavily influenced by a resurgent indigenous Andean spiritual world view which places the environment and the earth deity known as the Pachamama at the centre of all life. Humans are considered equal to all other entities.

But the abstract new laws are not expected to stop industry in its tracks. While it is not clear yet what actual protection the new rights will give in court to bugs, insects and ecosystems, the government is expected to establish a ministry of mother earth and to appoint an ombudsman. It is also committed to giving communities new legal powers to monitor and control polluting industries.

Bolivia has long suffered from serious environmental problems from the mining of tin, silver, gold and other raw materials. “Existing laws are not strong enough,” said Undarico Pinto, leader of the 3.5m-strong Confederación Sindical Única de Trabajadores Campesinos de Bolivia, the biggest social movement, who helped draft the law. “It will make industry more transparent. It will allow people to regulate industry at national, regional and local levels.”

Foreign Minister David Choquehuanca said Bolivia’s traditional indigenous respect for the Pachamama was vital to prevent climate change. “Our grandparents taught us that we belong to a big family of plants and animals. We believe that everything in the planet forms part of a big family. We indigenous people can contribute to solving the energy, climate, food and financial crises with our values,” he said.

Little opposition is expected to the law being passed because President Evo Morales’s ruling party, the Movement Towards Socialism, enjoys a comfortable majority in both houses of parliament.

However, the government must tread a fine line between increased regulation of companies and giving way to the powerful social movements who have pressed for the law. Bolivia earns $500m (£305m) a year from mining companies which provides nearly one third of the country’s foreign currency.

In the indigenous philosophy, the Pachamama is a living being.

The draft of the new law states: “She is sacred, fertile and the source of life that feeds and cares for all living beings in her womb. She is in permanent balance, harmony and communication with the cosmos. She is comprised of all ecosystems and living beings, and their self-organisation.”

Ecuador, which also has powerful indigenous groups, has changed its constitution to give nature “the right to exist, persist, maintain and regenerate its vital cycles, structure, functions and its processes in evolution”. However, the abstract rights have not led to new laws or stopped oil companies from destroying some of the most biologically rich areas of the Amazon.