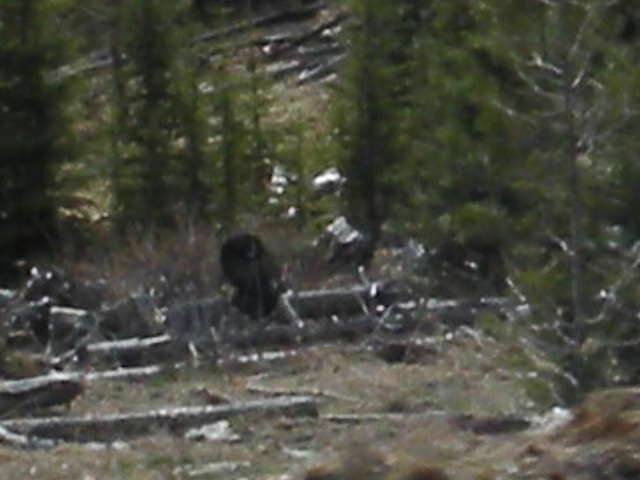 Well over the years I have done field research on Bigfoot and feel I have been in the presence of the Sasquatch people several times. Never did I feel in danger – to the contrary, I felt at peace in their presence.

But recently I have come across a few interesting and a bit scary stories that give me a little pause when it comes to Bigfoot. One story that got me doing further research was from an article sent by my colleague, friend and major Sasquatch researcher, Kewaunee. The story goes briefly as follows. In 1906, in the Nahanni Valley in the Northwest Territory of Canada, an area which at that time was being heavily prospected for gold, a priest who had a small mission on a river near the valley found a very sick man (fever). After he got well, the man related a horrifying story about his partner being attacked by what he called the monkey-men, large hairy creatures that used whistles and howls to communicate with each other. One foggy night they got his partner and ate all his flesh to the bone and took his head. Well if it was only this old prospector story we could brush it off an old embellished tale. But according to Canadian Police records since 1906, ten similar unsolved murders have happened in this Nahanni Valley area.

So was it a pack of monster Grizzlies, or Bigfoot protecting their valley of gold and sending a message for humans to stay out?

A more recent story near the sleepy town of Bostic, North Carolina: two teenage boys were abducted from a campground near a swampy area of the state. There was a large amount of human blood left behind and large footprints near their camp leading into the swamp. The case is still unresolved.

Teddy Roosevelt once wrote in his book, “The Wilderness Hunter,” a story about two fur trappers who were out trapping beaver in the Bitterroot Mountain near the Salmon River. The two trappers were warned by the local natives not to go into a particular area, because of the strange events that had happened there in the past. But the lure of abundant beaver made them continue into the forbidden area. After spending two days there and going back to their traps to get their bounty, one of the trappers met with a very violent death at the hands of a large hairy creature.

There are several other credible stories of similar murders around the world over the last one hundred years. I would say most, if not all, involved humans in Sasquatch territory, either prospecting or hunting. I have personally interviewed several hunters in Arizona and New Mexico saying when they entered certain valleys or areas of the forest they have experienced strange howling sounds, rocks thrown at them, and a feeling of being threatened, which makes the human hunter leave the area quickly.

So what can we take from these stories? Is it that some Bigfoot will defend their area/territory to the death, and if it’s humans, it’s humans? I personally believe this violence is very rare and that 99.9% of human/Bigfoot encounters are peaceful, although quite scary for most humans – at least that very first encounter can be. So to bottom line it: Sasquatch people will warn if you are not welcome, so give them love (telepathically) and leave the area quickly and you will survive.

Sleep tight, that knocking on your exterior wall is only a Bigfoot saying goodnight.

One Reply to “Can Bigfoot be a human Killer/Cannibal or just too overprotective of his property? Is it all True Series #159”