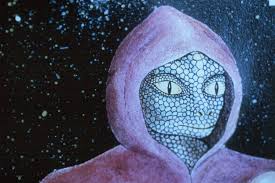 Sir – this is the 1st time I am disclosing my experience to the public. My family has been previously informed of the details. At the time, I owned a small business which I had started after I finished a 12 year stint in the military. I was then living near Eldridge, Missouri and was raised in the general area and knew the terrain fairly well. I had spent time at the US Army Engineer School in Fort Leonard Wood, Missouri and some of the training included spelunking. When I left the Army I continued to explore caves as recreation.

In 1993 I helped form a local group of experienced ‘cavers’. We would get together on weekends and explore some of the cavern systems throughout Missouri and Arkansas. The experience I am about to describe took place in the Summer of 1995. I was on my own that day, which was not uncommon.

I had decided to check out a cave in Camden County, Missouri which was part of a fairly large system in the area. From what I could tell, this particular cave had not been explored for a long period of time. The entrance was very narrow and well hidden. After squeezing through the opening I descended another 50 feet or so before the cave began to open up into a series of chambers. I moved through several of these chambers taking my time to examine the area for possible artifacts and formations. I finally reached, what I thought, was the end of the cave.

I started to hear a rustling sound that was echoing from a small opening near the top of the chamber. I assumed the sounds were bats and didn’t pay much attention to it. But after awhile I heard motorized sounds and talking. I stood and listened for several minutes wondering what was on the other side of this chamber. The opening was about 10 feet above me. I maneuvered my way up to the opening which was flat and narrow but big enough for me to get a decent look into it.

As I positioned myself to the front of the opening I started to see light at the other end. The passageway was only a few feet long but it was just too narrow for me to move through. As I looked through the opening there was a very warm draft of air hitting my face. As well, the air had a very acrid vinegar-like odor. There was a very large and well lit ‘room’ with limestone walls. I noticed a small vehicle that looked like a golf cart but was very low to the ground and without wheels. I continued to observe until I started to hear voices that were getting louder and nearer. Something was making its way towards the vehicle. I had to rub my eyes because I didn’t believe what I was looking at.

This ‘creature’, because it was not a man, stood about 7 foot and had brown scaly skin. The face and head were shaped like a human with a flat nose but there were no ears or hair. The top of the head had a slight scaly ray or ridge that extending down the back of the neck. From what I could see it had lips and regular sized eyes. The arms were very long and muscular with human-like hands. It also had a massive 4-5 foot tail that tampered to a point. It was dressed in a gold metallic outfit with long pants and shoes. It also carried an oval pack attached to its back.

I watched as this thing was looking at something on the vehicle. I had a high speed camera which I use to document my cave explorations. I was able to obtain a few distorted images of the being. For some reason while I was taking photos the creature stopped and turned, looking in my direction. I’m not sure if it heard me but it definitely knew of my presence. It then made a terrible ‘hissing’ sound as it continued to look in my direction. That was enough for me. I quickly started making a beeline out of the cave. When I reached the entrance I was shaking and hyperventilating. I finally reached my vehicle and drove home.

I continue to explore caves in the area. I have heard stories of people encountering strange underground beings but I have never disclosed my experience. A few years after my experience I went back to the cave but was unable to get near it since the area is now government property. I can assume that I witnessed something that I was not supposed to see. It pains me to think what secrets are being kept from us. To those who say that there are no non-humans living among us, well, think again. They are here. I do have the aforementioned evidence of the experience but I do not wish to release this at the present time. Jerry

NOTE: the witness forwarded the image above and states this is a close resemblance of the creature in the cave. Though I was unable to contact the witness he does offer a bit of credibility. This report is somewhat similar to another incident in Missouri – ‘The Underground’ Reptilian Encounter – Carthage, Missouri.