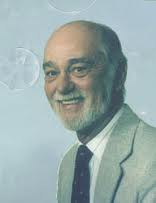 It was great to have a very professional speaker like Dennis come and talk to us two weeks ago. Dennis, being now from Roswell, NM and for a period of time managed the UFO museum, is one of the world’s best authority on the UFO crash in 1947. And he didn’t disappoint us. Dennis talks about the Foster Ranch and its role in the famous crash and the definite possibility of a mid-air collision of two UFOs, one landing on the Foster Ranch closer to Corona, NM than to Roswell and the other UFO crashing down on the Plains of San Agustin, New Mexico, the home of one of the world’s largest Array of Radio Telescopes– go figure.

One of Dennis’s primary concerns about future investigation on the Roswell and related crashes is the fact that many of the 150 good witnesses that have been around since 1947 are quickly dying and some have moved out of the area to not be seen again. The vast majority of the witnesses are 80 plus years old.

Dennis also spoke on the impact of Area 51 and its top-secret missions as well as the development of super-advanced aircraft, which make up a percentage of the UFO we see today. He did a lively discussion of the underground tunneling, which is widespread across the Southwestern US.

Dennis has done some great research in the field of the Giza Pyramids and the Sphinx. We all loved the part when he spoke of the Pyramid Power and the many theories that build them and why they were built.

There is little doubt that the Pyramids are transmitters of powerful energy and more research mid-stream academia is needed to help us all understand the Pyramid’s potential to help us save ourselves from our self-inflicted harm. (My comment)

Dennis and I agree on one more thing, the attacks on UFO researchers must stop. The world must finally see that thinking outside of our “ Box “ is not going to destroy our way of life, only modify it so it will survive to see another day.

Sleep –tight tomorrow will bring another full day for adventure and learning.