All the rage over the past few days on the internet is the zodiac and whether or not your sign has changed or shifted.
All this news can be traced back to last weekend, when Parke Kunkle, who is on the board of directors at the Minnesota Planetarium Society and teaches astronomy at Minneapolis Community and Technical College, mentioned in an article in the Minneapolis Star-Tribune the phenomenon of “precession” and how it relates to the Earth’s position with the sun. Kunkle explained how things had changed since the Babylonians originated the zodiac.

A diagram of the zodiac 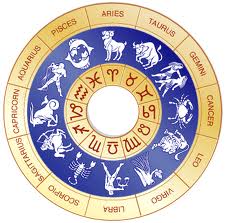 Here are Kunkle’s quotes from last weekend:
“If you take a toy top and spin it, it spins around an axis and that axis tends to point in different directions. It moves around. That’s what we call precession. So in Earth’s case, right now, Earth’s spin axis points towards Polaris, the North Star. But in 3000 B.C., the Earth’s axis pointed towards a different star, Thuban. And that majestic motion takes about 26,000 years. So if you went from 3,000 B.C. and waited 26,000 years, you’d have the north star Thuban again.”
Basically, what he is saying is that the stars are now in different positions as compared to 5,000 years ago when the zodiac was first created. Since zodiac signs are based on constellation positions, the zodiac signs should of transitioned as well.
To make matters even more confusing, zodiac signs and how we interpret them are broken down into two groups: western astrology (which we most commonly use in the United States) and vedic astrology (more commonly called Indian/Hindu astrology). See here for an more detailed explanation of vedic astrology as compared to western astrology. As it turns out, western astrology is based completely on dates and not on the positions of stars and constellations. So, if you believe in western astrology, nothing has changed. However, if you believe in vedic astrology, the signs need to be adjusted.