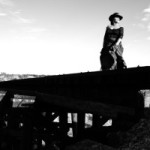 Within the topic of cryptozoology, sometimes the paranormal and high strangeness of life has a way of evading the conventional approach of researchers. Sometime they have to bring out their resourceful instincts to construct idiosyncratic methods in order to achieve the results they are seeking. Eye witness accounts and stories hold a certain amount of truth needed to piece together the universal puzzle that is scattered across the void. However, truthseekers who search for the answers come across what I call, the needle in the haystack of needles quandary. There seems to be pieces that give the illusion that they fit together but ultimately, if the shapes are askew slightly, the outcome doesn’t connect the dots or remotely resemble the expected conclusion. Maybe empathic correlation isn’t as far fetched as some might believe and maybe it just might be the solution that clarifies how some of the dots are connected.

Sasquatch and Dogman accounts have been a major source of intrigue that seem to have peaked to a new high within the last ten years. Radio, podcasts and YouTube have made it so much easier to share stories that would not have been otherwise heard. I have listened to many and found there are similarities to each, almost as if the same creatures visited them all. Research is vital in all these instances but what if there is more to the story, like a semblance of some type of dialogue that happens on another level. Is this admissible to any research and what if it changes the dynamics of what shows itself on the surface as evidence?

The big question is, how does a person who is an Empath play into cryptozoology? As an Empath myself, the only way I can explain our role into the Cryptid phenomenon, is kind of like being a backseat messenger. Encounters with people around us, play a huge role in our ability to adjust to people’s particular penchant and preferred tastes. In doing so, we develop an understanding for hidden yearnings and ideals. We become sensitive to the needs and desires of family and friends and sometimes this sensitivity develops and becomes more attuned to outside influences and intellects, different than that of humans. Empathic abilities and telepathy are very similar, yet I do believe that Cryptids respond more so to the Empath because we can feel their presence while communication is happening in the moment.

The validation for most Empaths comes from feeling and sensing the presence of an unidentified creature while communicating with it. The question is, how does an Empath validate their communication without people thinking they are making it up or worse, frauds?

In the back of an Empaths mind, the variable conundrum is either figuring out if they should say what they know or keep quiet. The negative side affects from a backlog of information sometimes can be equivalent to an overloaded mind. It eventually becomes hard to mind the doors because scattered memories can blur the senses into a spiraling abysmal black hole. The library of the mind has to figure out how to dispose of undisclosed dialogues. Writing does help but sometimes imparted dialogues of high strangeness need to be shared.

For many people, the very idea of interacting with Cryptids seems as far fetched as talking with aliens but then we are dealing with two very different kind of species, one that hides away from humans and the other that prefers to hide in plain sight of humans. How does any communication make sense? Sometimes for the Empath, it doesn’t. We don’t sit down and ask questions, which I doubt would be ideal, especially with the reality of who Cryptids are. They are a varied species that have a very different modus operandi than humans that is all their own. The biggest mistake for any of us, is to put a human slant on their way of existence.

In today’s day and age, people want photos, videos, footprints and face to face contact that far exceed what society wanted a hundred years ago. The darkness doesn’t appear quite as ominous and resolute as it did years ago because people are equipped with a fortitude that comes from a fanaticism kind of interest. Yet, I have found that no matter what video or article is out there, including images of supposed Sasquatch, Dogman or paranormal activity, the hoaxers come out in droves to disprove any findings as fake. Researchers are between a rock and a hard place because enthusiasts and the doubters want hard pressed facts revealing the truth on Cryptids packaged in a way that is convenient to look at and swallow. What if the truth people seek is right in front of them, yet they can’t see it?

Empaths can easily become target practice for the doubting Thomas types because the evidence of information can be seen as hearsay or speculation rather than a verbatim portrayal. Gathered information with corroborative sightings and stories that are verified by witnesses seems to be the only way that Empaths can prove that what they hear from specific contacts is true. Believe it or not, we need proof too. As I wrote earlier, we can feel them as they communicate with us but corroborated stories validating information we receive, just adds to our validity and theirs.

Sometimes as an Empath, I am befuddled as to why I am contacted because I can only assume, there are others more suited for their purpose. To be clear, I was not interested in Sasquatch or Dogman in my past. I knew about them and respected their existence but left that field of research for those who were interested in it. I was told by two Cryptids, a Sasquatch named Loekey and a Dogman named Tulack that this was one of the reasons why they chose me, I have nothing to prove or gain from their contact.

Interestingly enough, I find these contacts do affect me even in the smallest of ways. I can sometimes smell them in the room with me. I will get a low hum in one or both ears that slowly crescendos to a point that becomes deafening. Tingly feelings up and down my legs, not necessarily down my spine, let me know someone wants to communicate. If I can feel a presence around me, I will either allow the information to come through or I block it, which can be draining. Sometimes they don’t like waiting and become impatient in unpleasant ways. Headaches or a smarting jab to various parts of my body will indicate that they want my attention. In their case, patience is not a virtue.

The subconscious mind seems to have a waiting list of eager contacts that are standing by for the very moment an Empath opens up. I have often wondered if we have some brand or invisible mark that separates us from the general populace. The question is, how do they find us?

I’ve waited until now to voice my opinion on Cryptids because I believe these beings are a lot more intelligent than what some want to believe. When they contact me, I don’t hear grunts, growls or howls. If I did the fight or flight impulse would kick in and I would probably jump out of my skin or pass out from fear. Some contacts give me jumbled words that I have to put together. Others will show me images of places in order to convey their messages to me. The words they speak to me, beyond a doubt, are spoken with my inner voice but the information isn’t mine, it’s foreign to me. Sometimes I am awoken in the wee hours of the morning with a nonstop dialogue taking place, almost as if someone else is using my mind like a typewriter. In other instances I will be doing housework or errands when information starts coming through. It just depends when the contact takes place.

To make it clear, so that it doesn’t seem like I don’t understand the gravity of seeing Cryptids in their habitat, I first encountered Tulack in the Sandia Mountains in New Mexico during a day trip with my fiancé Mike, in June of 2014. Tulack was palling around with a large brown bear. We saw them both and it was the first time Tulack made contact, telling us to stay away. To put it mildly, we felt fear and curiosity at the same time. He was very uncomfortable and agitated because there were many hikers walking around the area with children. He wanted his secluded and familiar surroundings back, minus people which included us. Tulack could have come at us at any time, hurting us or worse but he chose not to which made it clear to both of us, that there definitely was an intelligence behind his demeanor.

For those people who think all contact is demonic, I must tell you that there are so many different types of beings out in the world who have nothing to do with the darkness. Our souls know the difference between a dark or light presence. If something comes around me that is dark, I am on my guard and I ask for protection.

From my perspective, the contacts seem to be more spirited and insistent these past few years. It’s almost like a cosmic wave of immeasurable depth is flowing in and out of my subconscious like a rhythmic tide. When I open my eyes in the morning, I know contacts including Cryptids will be waiting just as I know the sun will be coming up from the distant horizon.

The Cryptids I have encountered seem to need a human voice to tell their stories. An Empath hears the ebb and flow of voices, yet we don’t judge what we hear. I only ask that those who read or hear what an Empath reiterates from these creatures does so with an open mind before jumping the gun to conclusions and deciding what is true and what is false. Remember, sometimes truth is stranger than fiction only because, we don’t meet it as often.