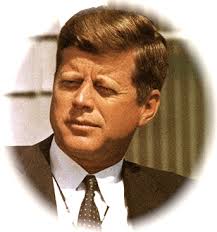 In my world, everything is connected, so there would be a connection between the Kennedy assassination and the UFO phenomenon. But unlike the presidents Truman, Reagan, Carter and Eisenhower, the Kennedy UFO comments and adventures are much clearer. During this month’s meeting of the New Mexico UFO/Paranormal, our speaker, Eugene Duran, made a statement related to UFOs and Kennedy I had never heard. Eugene said that President Kennedy had requested high level UFO-related briefings from government agencies, and not just one briefing but two. This would leave me to believe that the first request didn’t satisfy Kennedy’s curiosity or needs so there was a second request. Now the results of the briefings are not known, at least to any UFO researchers, I presently know.

I had been told that the recent US presidents have all had interests in the UFO phenomena; this comes from a source in the Secret Service, but he gave me little to no detail, regarding his statement.
Eugene’s main reason for his talk at our November meeting was to add new details to the ever-fascinating saga of the Kennedy assassination. Eugene has demonstrated that there was without a doubt, a large complex conspiracy with probably many layers. From Eugene’s talk the leading candidates were LBJ, (he had the motive – wanted to be president, badly), the CIA (Kennedy wanted to reduce their power), the military industrial complex (Kennedy wanted to get out of Vietnam fast), the American Mafia (Kennedy was hot on their heels and the Mob felt betrayed because they helped Kennedy win the election). Russia was also a suspect in the assassination because of the Cuban missile crisis, along with Big Oil in Texas because Kennedy wanted to reduce the oil depletion deduction, which would have cost the oil barons billions. And finally the big suspect—the Mossad, the Israeli top intelligence branch as they are always involved in all big happenings in the world that are manmade. So Kennedy had many enemies, and note above is just a partial list.

There is also a lot of evidence of multiple shots being fired (more than the original three from Oswald). Oswald was the true patsy in all this.

One more interesting UFO comment about Kennedy–it had been rumored for years that one of the reasons JFK’s mistress Marilyn Monroe was murdered was because Kennedy told her the big truth about UFOs and she was going to spill the beans on that conversation with Kennedy, exposing the affair and opening up the UFO subject to the public.

Sleep tight, we as humans love conspiracy and conspiracy can be the seed of the elusive thing called “Truth.“