During the last four weeks since I returned from my trip, I have been struggling with sharing my photos. Of course every photo of this type is subject to interpretation. If I am looking at beings from an inter-dimensional world, the reality is as a human looking in on this strange new world is not always crystal clear. I know I am opening myself up for a little criticism and even ridicule, but I will chance it. Everyone exploring a new realm has to pay a price, for we live in a very close-minded world. For Humankind to grasp this inter- dimensional being, it would be like moving the â€œTitanicâ€ with an ice cube, only a super, profound event can reshape humankindâ€™s present mindset. So I will dare to show and give my personal interpretation of four more photos and wait for the comments, the good, bad or ugly.

The first photo is the â€œstanding humanoidâ€. When I took this shot there was only two fisher-persons sitting in the boat, I was just taking the shot to check my focus. But later as I was going through my photos I noticed this strange humanoid figure standing next to the boat, although that would mean in the water since the boat was about 75 to 100 ft from the shore. The standing humanoid was quite bulky with big shoulders and large arms and this funny head garment or something on its head. At closer examination, it almost looks like a face looking toward the camera.

Photo two is â€œtwo beings-a small and large grayâ€ Is is quite interesting if you can pick them out among the rocks. When I took this photo I noticed a small flash of light in the vicinity of the beings, but at that time no beings were spotted until I had time to examine the photo. In the center of the frame is a large gray with a big upper body and in front of him/it a more typical small gray with the extra big eyes. I hope you can see them.

Photo three, â€œstone being and tiny grayâ€. The stone being is in the dead center of the frame his face is split by the branch, with an eye on each side. A tiny gray alien head is to the right of the stone being that is fairly easy to see.

And last the â€œeyes in the darkâ€– here I was scanning the forest and I noticed an extremely dark area with a two small glowing lights in the middle of that dark area, so I shot a frame and you can see what I got, something with two distinct eyes, small nose and partial mouth or ?

So I will be waiting for your comments on what you saw, if anything. If I get some comments maybe I will show more, we will see. As they say itâ€™s in the eye of the beholder, so behold. 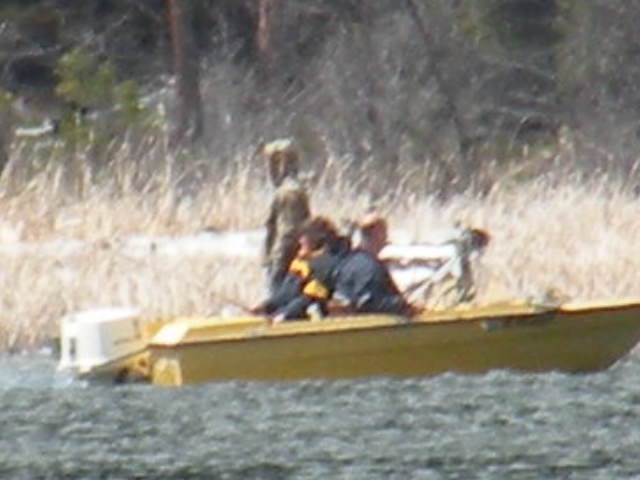 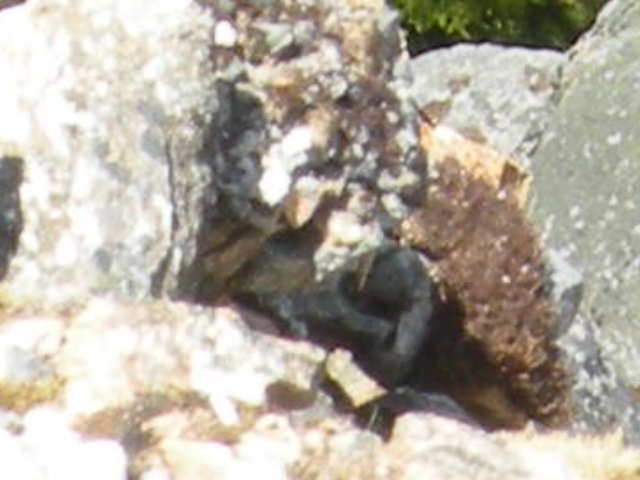 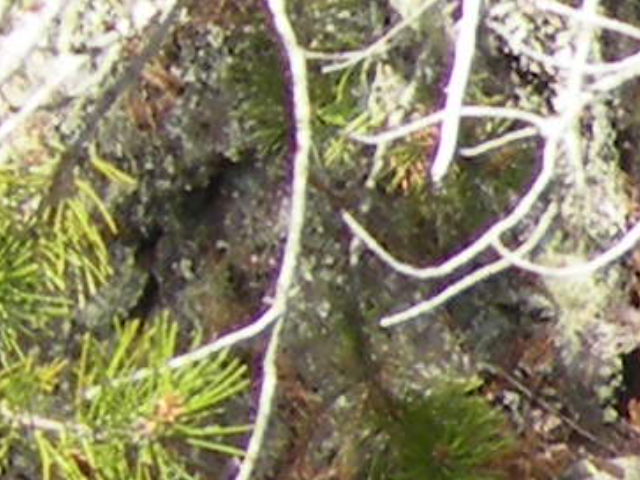 Stone being and Tiny Gray 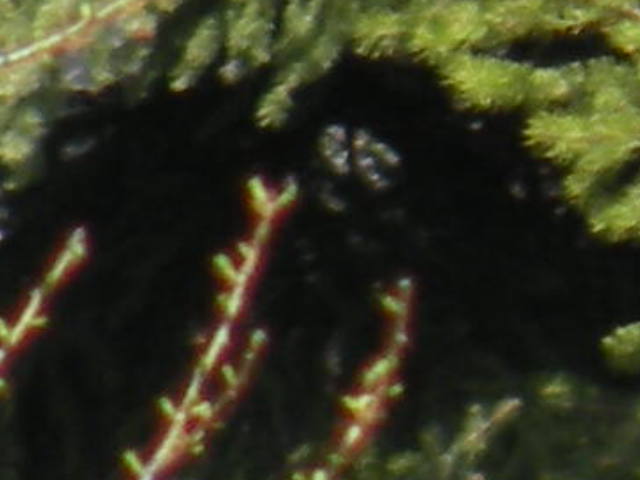 Eyes in the dark