As the many impact craters on Earth and especially the Moon attest, over time these bodies have been subject to numerous collisions with asteroids and comets that have encountered our planet. There are obviously less on the Earth because a) our atmosphere protects us and burns most of them up and b) weathering and erosion eventually “hide” the craters that do reach the Earth’s surface. Over the millennia, the Moon and Earth have interacted with many of these Near-Earth Objects (NEOs), but as recent intensive observing campaigns by space agencies and observatories to discover and catalogue these NEOs and extensive theoretical calculations reveal, many more still orbit the sun and may at some time in the future impact Earth, potentially causing indescribable damage to populated areas.
So what can we do? Well, to deal with potentially hazardous Near-Earth Objects (NEOs) that could strike the Earth, there is a need to establish an effective international communications strategy. This is easier said than done.
To figure out what to do, there was a meeting held last November between Secure World Foundation (SWF) and the Association of Space Explorers (ASE). Nearly 40 scientists, reporters, risk communication specialists and SWF staff participated in the meeting, held at the University of Colorado, Boulder’s Laboratory for Atmospheric and Space Physics.
What did they figure out? There needs to be a way to warn the appropriate people and groups. Also, and probably more importantly, there needs to be a better way to keep track of and judge how dangerous these NEOs are.
Hopefully we will soon hear about the progress they are making. 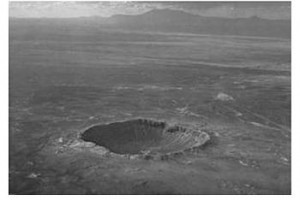