Every day the mainstream media in the US and around the world hypes the threat of the so-called swine flu and spends acres of words on every alleged fatality. And yet not one mainstream media outlet has covered the first INTERNATIONAL Swine Flu Conference, which finishes today 21st August in Washington DC.

The conference prepares for a catastrophe in the USA, for mass evacuations, economic collapse and the death or illness of 40 per cent of the workforce. Why, if people are to be given the “swine flu” shot and the shot is allegedly so effective?

The conference covers mass fatality management, the protection (by the police and army presumably) of he “emergency response management center”, which will ultimately controlled by WHO and the UN from which orders will be sent to pandemic deployment teams. They will be sent out to conduct forced innoculations as allowed by law in many states (undertaking mass vaccinations effectively) and impose quarantines.

The conference covers evacuation and mass transport. Mass transport to where? To the FEMA camps?

This conference foresees 30 to 40 percent of the emergency responders dropping out from operations. Why? If they are to get the innoculation first, and this is allegedly so effective?

Why does the mainstream media not cover a conference that predicts total economic and social collapse, and the end of the USA as it has been in existence since its foundation, attended by 700 experts from more than 30 countrie?

Check out this video here: http://www.youtube.com/watch?v=MEzj2CATQ1o 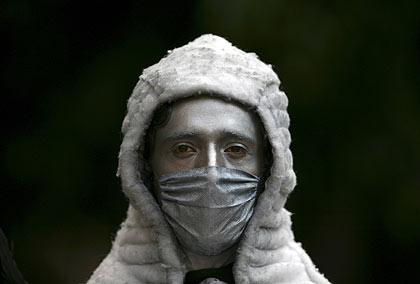