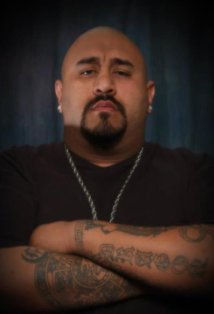 Jesus Payan, Jr., an American adventurer of Mayan/French/Italian heritage, has been in the amazing world of Non-Myth, Legend and the Paranormal since his birth in Spain in 1976. From birth on, he has had the connection to the other realm. At the age of four, his family took him to Scotland to study and find Nessie, the Loch Ness Monster. His 20 years of study of Bigfoot, Skinwalkers, Aliens, ghosts, demons, and much more have made him into a very well rounded student of our real reality.

His main focus at our meeting was ghosts, but since the paranormal is a connected phenomenon of many subjects, he did venture out to show some of the connections. As a kid, he had many ghost-type experiences. Once in a house he was staying in, he noticed in a back room tiny twisted prints that looked burned into the floor. He later was told that his grandfather who had Polio (twisted legs and feet) had lived and died in the house. Later in his life, he had a tattoo parlor in an old hospital, so there were many sightings that creeped out many of his customers as they tried to get their tats. When the customers walked back to the restrooms near the old bone-filled crematorium, many would only get about a third of the way and they would come running back to ask Jesus to walk them back and wait, to have a safe anxiety-free return to the front of the shop.

Jesus Jr. was from a military family so he traveled quite a bit from base to base with his parents. And on many occasions he (with a family member or a friend) would see a misty cloud mass with form and features. Sometimes this misty cloud mass would morph into little shadow people who would interact with Jesus is many benign ways.
Jesus Jr. possesses an amazing grasp of this other worldly stuff, not to mention his amazing acting and producing career, which he hopes to use to produce documentaries to teach the public the ways of our real reality.
Sleep tight,

It is good to know there are people out there with the courage to find and express the truth.