Everyone has probably had a premonition or two in their life. You remember them as some sort of strange feeling about something, even if you weren’t sure what it was really about.
Premonitions are a sign of precognition, a psychic ability we all have.
Firstly, think back to a time when you walked into a room and you just knew that something had just happened there. An argument, maybe, or something else. The point was you felt it in some way.
That proves you can feel things, that you can ‘get’ messages about what’s going on.
Premonition is usually associated with something fearful, some sort of forewarning of an event.
There have been lots of examples about how someone has had a premonition and it has saved their lives. Stories of people not getting on planes or trains which later crashed are easy to find.
Even the Titanic had far fewer passengers than had booked berths, and many of the workers on the ship didn’t show up for duty on the fateful maiden voyage.
In my work, I have come across people who have had a feeling that something wasn’t right. It wasn’t necessarily a premonition as such, just a strange feeling of things being out balance.
Occasionally, I have come across those who pretty much live with a feeling that something bad is going to happen in their home. They have no idea why, or in what way. They just have this feeling of it not being right.
More often I hear of people saying this sort of thing about going into a strange building. They just know something’s going to happen.

So what is it that happens to them?
Well, there are no disasters happening. No aircraft fall from the skies, they are not physically attacked and the building doesn’t fall on them.
But they are correct in their feeling that things aren’t right.
If you know about the human energy field you will know that there are unseen things which can affect it in various ways. So, although these people didn’t get physically attacked, they did get attacked in another way.
And that was what the warnings, the premonitions, were about.
If you get a feeling that something bad is going to happen to you if you go in a certain place and then nobody attacks you and nothing obvious happens, that doesn’t mean you were wrong!
What it probably means is that something did ‘get’ you, but not in a physical way. Perhaps you just picked up some negative energy and you later wonder why you feel so irritable.
Or maybe you actually got stuck with some other entity, being, ghost, call it what you like. However you name it or think of it, it’s something which isn’t you and yet it is affecting you.
Hospitals and graveyards are excellent places for having this sort of thing happen to you. In most cases you are more concerned about the reason for your visit than you are with the effects of the place on you. But ask yourself, how often have you been to places like that and left feeling ‘different’ than when you arrived? You know what I mean if it’s ever happened to you. You can recognize it.

So, if you have ever had a premonition before going to any place at all, take notice of it and then do some simple form of protection. Whatever works for you is fine. Prayer, smudging, visualization. They all can work.
Above all, don’t feel foolish! After all, you really want to go around being you all the time, don’t you? It’s better than being something else, isn’t it? 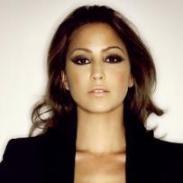 One Reply to “Khat Hansen speaks– Is it intuition or Premonition ?”