At 1:10 am, a being that was mostly an illuminated silhouette appeared. From this being were stars shooting from it, the stars initially reminded me of when I was a little girl and would play jacks. The stars looked like illuminated silver jacks. the being held 6 tickets, two of them were shorter and wider with black color and yellow and white text, four of them were longer and narrower and yellow with black and white text. The being was handing me the tickets. They did not actually materialize in my hand but I felt them. 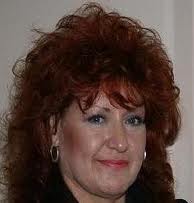 Things that me me say, “hummmmm”…

“let us know if you have experienced something like this ?”