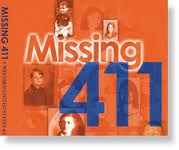 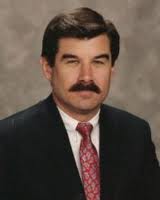 To review, from Part 1 posted last week, the main conclusion was that there is a reasonably high probability that there are rogue Bigfoot that may be attacking and killing innocent humans. Now I will say again the vast majority of these beings, probably thousands of them that exist in North America, are benign creatures.
So let’s look at an area where seven people have gone missing in the last 60 years in my home state of New Mexico. All of these missing persons happened around the Santa Fe ski resort in the Sangre de Cristo Mountains from 1951 through 2009. The first of these missing was in 1951 when two families were picnicking in the Santa Fe Ski Basin area. The three people that went missing were ages 3, 5, 7 years old. They went missing in a gorgeous spot extremely rugged with large boulders (a description of similar areas where many of the nationwide disappearances took place). As soon as the parents realized their children were missing, a massive search by about 500 people took place. And 28 hours later the children were found. The children were found at higher elevations miles from where they were last seen. When asked why they did not respond to all the lights and sounds of the massive search party, the children reportedly answered, “we were afraid you were the big gorillas.”
In September 1982 a woman was on vacation in Northern New Mexico in the Santa Fe Basin area. She was an artist and was doing landscape paintings in the area she went missing, and there was no evidence of foul play. This took place about 6 miles from the missing children in 1951.
And next an all-around super healthy martial arts person from Santa Fe, named Melvin goes hunting in the Santa Fe Basin in 2009. This case is still open and not a trace of him has ever been found. Note Melvin is a short man about 5’2”tall with long hair; from a distance he might have looked like a woman to an aggressive male Bigfoot. Also note the chance of a hunter being attacked and killed by a mountain lion or other animal would be slim to none. Animal attacks in New Mexico are extremely rare plus Melvin was armed.
Next there was Emma, although she was 71 years old, she had traveled the world and was a very savvy explorer. From the looks of the items found in her car, it appears she was very prepared for if she got lost for several days. Granted anything could have happened to Emma, but the interesting thing again is she went missing only a few miles from the other people we have discussed. In many of the cases in New Mexico and around the country there have been many common elements, such as all of the victims were small in stature.
So the bottom line is to be cautious in National Forest lands in the western and eastern states. There is something that is abducting and in some cases killing humans. Of course lets keep it all in prospective– millions of people visit these areas each year without incident. So chances are slim you will be the next victim of something strange or rogue.

Sleep tight, and dream long- remember 99.9% of Bigfoot are like Harry and the Hendersons.

PS – Let me state in David’s book the author does not come to a conclusion on what caused these disappearances. I believe they were caused by a rogue Bigfoot , since I have been researching Bigfoot most of my life , many of the little details David Paulides presents in his book point to Bigfoot. David may lack the knowledge of the ins and outs of Bigfoot.

Bottom line its a great book, a great mystery and I recommend you buy and read it and come to your own conclusion.