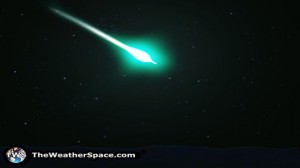 1. There will be a huge scandal in the world of American Lottery — The criminals won’t probably surprise you.
Wrong , but I am keeping it for 2016 — its over-due
2. Hacking on the internet will stop millions from buying products on-line and banking on-line will sharply decline. – Hacking is on the rise and a big issue — not as strong as I expected — but worth 1/2 a point.
3. Warm- wet winter for US ,, following by a very cool spring and hot summer.
A little more on the Ave. cold side — rest was correct so another 1/2 point
4.Three bigger than life movie stars will die within weeks of each other. Correct — lots of big stars died with-in a few weeks too numerous to mention I get point here.
5.Because of the decline in Oil prices – Russia’s economy will start to fall apart , and a world-wide recession will start the end of 2015– Russia is struggling with Oil in the $30 to $40 dollar– I taking a point here — its a developing story.
6. War drums will start sounding — players will be Russia, China, Iran , Israel and of course the US. Correct – tensions super -high with ISIL/ ISIS in the mix. Another point.
7. More large meteors will continue to hit the earth. One will hit close to major world city and kill two thousand people. Wrong Lucky — wrong
8. World knowledge about the damage Fukushima has done to mankind will continue to grow. Correct – data still coming out and the leak is still leaking into the Pacific Ocean 1/2 point here
9. Chicago Cubs will win the World Series– No correct but had a great team and went to the playoffs and lost to the Mets– who played in the World Series. — and for that reason I am going to take of a 1/2 of a point.
10. Ebola will start spreading again around the world moving into India and Southeast Asia. Maybe a new and more dangerous strain. Wrong — and I am happy for the wrong

1. Big Power-ball or Mega-ball scandal – huge amount of money stolen over the years

3. UFO sighting Waves over Dallas, Denver and or Chicago

8. Large strange Green Ball streaks across the Midwest and explodes over West Virginia , one Air Force jet clashes trying to get a closer look.

9. One of the GOP candidates dies before the convention

10. Hillary wins the election but the VP is a big surprise