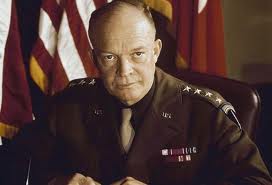 This is a subject I would normally not include in this Website but the USA today article was so important and profound to all of us humans and aliens among us, I posted it.

President Obama picked an interesting date on which to give his speech about government surveillance powers — and not just because it is wife Michelle’s 50th birthday.

Friday — Jan. 17 — will also mark the 53rd anniversary of President Dwight Eisenhower’s famous warning about the growing power of “the military-industrial complex.”

Ike’s 1961 speech, his farewell address after two terms in the White House, has echoed over most subsequent disputes over American power: Vietnam, Watergate, revelations of assassination plots and overthrows of other governments, Iran-Contra, the first Gulf War, the response to 9/11, the second Iraq war — and disclosures over National Security Agency surveillance policies.

More than 50 years ago, Eisenhower — who had led Allied forces to victory in Europe during World War II — cited the United States’ rise as a world power, including a massive standing army and thriving weapons businesses:

“This conjunction of an immense military establishment and a large arms industry is new in the American experience. The total influence — economic, political, even spiritual — is felt in every city, every state house, every office of the federal government. We recognize the imperative need for this development. Yet we must not fail to comprehend its grave implications. Our toil, resources and livelihood are all involved; so is the very structure of our society.

“In the councils of government, we must guard against the acquisition of unwarranted influence, whether sought or unsought, by the military-industrial complex. The potential for the disastrous rise of misplaced power exists and will persist.

“We must never let the weight of this combination endanger our liberties or democratic processes. We should take nothing for granted. Only an alert and knowledgeable citizenry can compel the proper meshing of the huge industrial and military machinery of defense with our peaceful methods and goals, so that security and liberty may prosper together.”

“Obama rolled back some of the national security state upon taking office — ending interrogation tactics widely regarded as torture, for instance — while dramatically expanding drone strikes and embracing surveillance on an unprecedented scale.

“Fast-forward to 2014, and Obama still sounds like he wants to pursue a debate about where and how America strikes the balance between security and liberty.

“Half a year after Edward Snowden gave that perpetual tug-of-war fresh urgency and captured global headlines with leaks about the NSA’s global operations, Obama’s speech on Friday is expected to be far from the final word — by design.”

One Reply to “President Obama discusses government power 53 years after Dwight Eisenhower warned of it.”