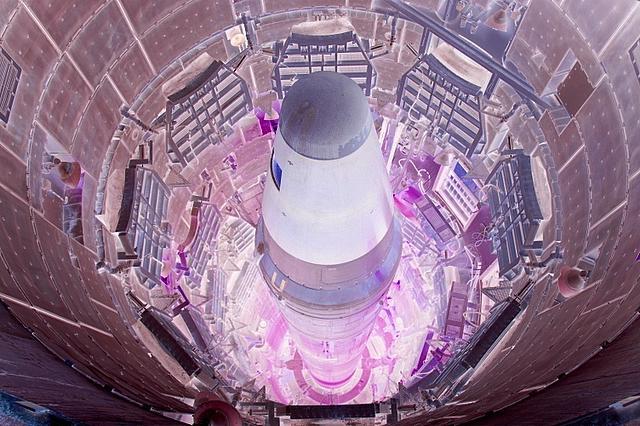 TAOS, N.M., June 20, 2011 /PRNewswire-USNewswire/ — On October 23, 2010, F.E. Warren Air Force Base in Cheyenne, Wyoming temporarily lost the ability to communicate with 50 of its Minuteman III missiles. The five Missile Alert Facilities responsible for launching those ICBMs—Alpha through Echo, comprising the 319th Strategic Missile Squadron—would have been unable to do so during the period of the disruption.

This dramatic story was leaked to Mark Ambinder, a contributing editor at The Atlantic, which published it three days later. The U.S. Air Force then quickly acknowledged the problem, saying that a back-up launch system could have performed the task and claiming that the breakdown had lasted a mere 59 minutes.

However, the latter statement was untrue, according to two missile technicians stationed at F.E. Warren, who say that the communications issue, while intermittent, actually persisted over several hours.

Significantly, these same individuals report sightings by “numerous teams” of an enormous, cigar-shaped craft that maneuvered high above the missile field on the day of the disruption. The huge UFO appeared similar to a World War I German Zeppelin but had no passenger gondola or advertising on its hull, as would a commercial blimp.

The confidential Air Force sources also report that their squadron commander has warned witnesses not to talk to journalists or researchers about “the things they may or may not have seen” in the sky and has threatened severe penalties for anyone violating security. Consequently, these persons must remain anonymous at this time.

The disquieting information was provided to noted researcher and author Robert Hastings who, over the past seven months, has interviewed law enforcement and civilian eyewitnesses to ongoing UFO activity near F.E. Warren’s ICBM sites between September 2010 and April 2011. Hastings has just published a detailed exposé on these developments titled, “Huge UFO Sighted Near Nuclear Missiles During October 2010 Launch System Disruption,” which may be read at:

(The article can also be located at The UFO Chronicles homepage by placing its title in the Google “Site Search” box.)

According to the veterans, including two retired colonels, the still-classified incidents involved the sudden appearance of a mysterious aerial craft that briefly hovered over ICBM sites and sometimes disrupted the missiles’ guidance and control systems; during one December 1980 case, a disc-shaped UFO sent down laser-like beams into a nukes storage depot.

The witnesses said that they felt compelled to speak out about the reality of UFO activity at nuclear weapons sites and urged the U.S. government to finally reveal the facts to the American people.

Regarding the recent situation at F.E. Warren AFB, Hastings emphasizes, “My sources have not said that the UFO sighted during the October 23, 2010 missile-communications disruption actually caused it. And it must be noted that the Air Force’s Global Strike Command has officially attributed the problem to an improperly-replaced circuit card in a weapons-system processor.”

He adds, “Nevertheless, the intermittent presence of a huge, cigar-shaped aerial craft during the hours-long—not minutes-long—crisis was definitely noted and remarked upon by various technical teams working in the base’s missile field.”

Hastings concludes, “The UFO sightings near F.E. Warren’s missile sites in recent months—by Air Force personnel and civilians—represent the latest chapter in the UFO-Nukes Connection saga. Its well-documented history, as revealed in declassified U.S. government files and military eyewitness testimony, extends back to December 1948. Countless official denials about the reality of the situation have been issued over the years but, sooner or later, this amazing story will break wide open. What we need now is a courageous government whistleblower to come forward with the facts, and some daring journalists willing to treat the story seriously and write about it.”