I have read many different definitions of quantum entanglement. And many of these definitions I am not afraid to tell you I didn’t have a clue as to their meaning. So here is one I can partially get my arms around. QE= A quantum mechanical phenomenon in which the quantum states of two or more objects have at all times to be described and conceived with reference to each other, each instantaneously tracking changes to the other, however large the spatial separation of the objects.

So in answer to the question: Have they (IDEs) come to teach us the concept of QE? I say yes. They introduced QE back in the 1930’s to three brainy guys named Einstein, Podolsky, and Rosen. The QE concept pushed these exceptional minds to the limits of their brainpower.

At any point in time if two objects share a quantum connection (an entanglement), one of these objects can pull the other through space and time even if it is a million light years away. Wormholes may run on this QE principle – the quantum vehicle of cross-universe travel.

I will make a prediction: in the near future you will see and/or hear about things, creatures or objects, showing up in places that they should not have been. Like the group of kangaroos running across a highway near O’Hare airport in Chicago, in which two Chicago cops witnessed the event in 1973, but no kangaroos were ever found. These phantom creatures have been appearing in the US since about 1899. Why is this happening? I believe they, (IDE) inter-dimensional entities, couldn’t stop it any more, and that there is a fundamental shift in the cosmos coming soon. And they (IDEs) themselves will not be able to stay hidden; a few humans, then a few more humans, and finally many humans will see them. It will be a sight to see, a little like shadows in the fog. These figures will remind you of those fairytales of the past.

I am coming to the conclusion that truly understanding QE is a game-changing mind event and a door opener to one of our last frontiers – the quantum mind.

Sleep tight, if you heard strange noises outside it’s only your quantum Kangaroos caught in the entanglement of your mind. 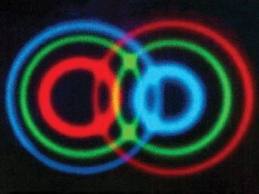