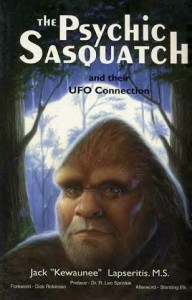 The vast uninhabited region of Russia gives great cover for perhaps thousands of Sasquatch people. The Russians including their government have handled the controversial subject of Bigfoot quite differently than the rest of the world. In many ways they are more open to the subject, and much of their population knows that the beings exist. There is a great deal of respect for the Bigfoot out in rural areas.
Research has shown Bigfoot prefer areas with minimum humans, which gives them more freedom to roam, so borderlands, reserves, large parks and similar places are their favorite environments.
In July 1995 Igor K was walking in the forest near a small village called Vaskelovo when he became very disoriented and started walking in circles. As he came to a clearing there was a silver-furred creature. The creature made a few steps toward Igor but suddenly disappeared.
In 1989 a professor of medicine in the Arkhangelsk region of Russia had an amazing encounter while he was picking mushrooms. He saw a bear cub and suddenly heard an angry mother bear coming closer to him. The doctor started to run for his life. Then he turned to see a nearly 8 ½ ft hairy creature tear the mother bear in half with no effort.
In 1992 on an army base in the village of Sosnino in full sight of dozen of witnesses a large female and a baby Bigfoot walked casually through the troops’ barracks. No one was hurt, but several of the troops fell ill for several hours after the encounter. The Bigfoot left behind a tuft of hair, large footprints and a drop of blood.
The Russian sports industry and their Military Industrial Complex have also been interested in Bigfoot research for their agendas. The Russian sports world is interested in the biological movement to help give their athletes an advantage. The military folks are looking to learn about the Bigfoot’s survival techniques.
Russia has had a rich history of Bigfoot encounters and I bet disclosure will from come from the Russians.
Sleep tight; remember you may never see a Bigfoot but if spend a lot of time in the deep woods you will feel their presence– guaranteed.
MWiz