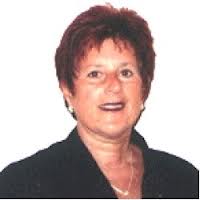 Many people have been brought up with a religious belief that God is some numinous figure that oversees our lives. This God has the power to hand out punishments or rewards depending on how we live our lives. When we subscribe to this belief, it puts all the power into God’s hands and little power in ours. The only chance we have for a good life is to abide by the rules laid down for us by our family, our society and our culture.

In previous times, people who encountered beings or events they could not explain attributed super human powers to these beings and called them Gods. Then they carried on rituals to gain the favor of these Gods to ensure a bountiful harvest and favorable living conditions. Even the characteristics assigned to astrological signs stem from the powers attributed to these beings from the stars. So it may be that our concept of God has been man made.

The practice of honoring God as a powerful being that exists outside our selves has continued to this day in many religions. The concept that only God has the power to redeem, bless or punish us was often perpetrated by priests at the head of these religious organizations. They did this out of their desire maintain control over the people in order to ensure their own power and wealth. If the people did not follow their religious practices as they saw fit, they could be punished, kicked out from the group or shunned. This was theirs dictates not God’s.

God is not some fatherly figure. God is an enormous mass of intelligent loving energy. Since this energy is everywhere both around and within us, we are God within. In Unity Consciousness we are all one because we are interconnected by this same energy that is God. If we are all interconnected by this energy field then we are one with God. We cannot be all connected and still see God as separate or above us. Some religious texts say that God created man in his image. Why would God do that if not to convey the message that we are not separate but one with Him.

I often like to ask the question how our beliefs serve us as I believe there is an underlying reason for everything we do. An example of how our beliefs serve us is when we believe God has the power to bless or create havoc in our lives. This belief removes us from taking responsibility for our actions. Some people prefer to blame God or see themselves as victims rather than take a closer look at their own behavior.

If we believe that God is all powerful, what does that make us? It makes us less powerful in our own eyes and in the eyes of others. What if that wasn’t true? What if we were as powerful as God? What if we were God running around in human bodies? What would we do then? How would our lives be different?

When we refuse to see ourselves as a part of God or having God within, we will never have a chance to realize who we truly are or what we are capable of. Some folks may find this concept too scary to even consider because they are afraid to discover who they truly are. They might believe that if they owned their full power, there would be expectations placed upon them by others or themselves that they could not meet. They might be afraid that if they were really God they might abuse their power or lose the acceptance of those around them. There may be many reasons for not wanting to own our divinity.

Have you ever known God to be afraid of anything? I have never heard that God was afraid to act or stand in His or Her full power in any religious books, have you? God acts and does not worry what will people think about Him no matter what He does. When we are in our full power and understand that we are God within because have that god-like energy within us; then we can act with the same conviction and stop worrying what others will think and whether they will still like us.

We attribute the most amazing powers to God. After all he can create universes, heal the sick, raise the dead, and cause dreaded disasters as well as times of bounty. Just think of what you could do if you owned your full power.

Another fact of which some people are unaware is that our souls are eternal even if our physical bodies are not. Every experience we have on earth remains with us even after we die. Our physical bodies are made of energy that has a greater density. At death our physical bodies die but the energy that contains all our memories and experiences are released from the physical body and continue to exist in an energy body called the soul. Since energy cannot be destroyed, our learning experiences remain on our soul record forever. In the spirit world, we are seen for who we really are with all our failures and successes. There is no way to put up pretenses like there is on earth.

As energy, we are one with everything that exists including God. So each time we fail to own our divinity or refuse to be all that we are capable of out of fear, that learning and knowledge is lost to everyone because our reality is made up of the collective experiences of everyone. The experiences on our souls, the soul record of this planet, our solar system, galaxy and universe are composed of all our collective experiences. So any time we fail to be loving, forgiving, or compassionate towards others, we create a reality filled with strife, war and unhappiness. Everyone person contributes to creating our reality so what would you like your contribution to be?

For example, if someone discovers or develops something new like social media and then tells everyone they know about it, everyone will benefit from this new development. This is true no matter what you learn or experience even if you do not touch thousands or millions of lives. It still goes into the collective consciousness not only of humanity but of solar system, galaxy and beyond. That is how powerful you are.

Every situation be it personal or global, acts like a mirror reflecting back to us what we either fail to accept or deny in ourselves. The poverty in third world countries is a reflection of the poverty within us. This remains true even if we are wealthy. It demonstrates our lack of concern for others and a denial of the reality that we are all interconnected.