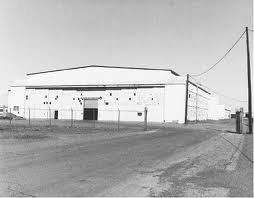 So where did the important stuff of the U.S. UFO crashes go? Well of course it went to the Blue Room located at the infamous Wright-Patterson AFB. The famous Roswell, NM crash , which was probably in the Corona NM area a ways away from Roswell, resulted in three corpses and one alive being. Originally, the three corpses were quickly flown to Wright-Patterson AFB and stored in a large refrigerated warehouse, some called it Hanger 18. It has been rumored the power for the facility was from a mini- nuclear reactor. The three corpses were badly burned and partially destroyed by the crash. The being that was alive was first brought to Kirtland AFB in Albuquerque but eventually ended up in Los Alamos where it was studied and a few efforts were made to communicate with the being. However, because of its (the being’s) great mental capacity there was a great concern it would mind control its guards and integrators and try to harm the Lab and the people in it. So they killed it/him.
This body, in excellent condition, was flown to Wright –Patterson to join his dead comrades in Hanger 18, which was also call Building 22 at times. Barry Goldwater had tried several times to get access to the facility. Barry had a top-secret clearance ,was a U.S. Senator and a Presidential candidate, but never got inside even though his good friend Gen Curtis LaMay was in charge of the facility. Barry was totally frustrated and pissed off; he had always been interested in the UFO phenomena. This warehouse was also to be called room/area 248, super cipher locked and rarely entered and heavily guarded, by best robot military police specialists. The military unit that worked in and around this area was part of a group called the Interplanetary Phenomena Group- so the rumor goes—neat name.
Now my addition to this Blue Room Story; a relative of mine had a close friendship with an administer in a hospital in the southeastern part of the U.S., after years of a close friendship they started talking about UFOs and other paranormal stuff. The woman finally confirmed with my relative that she was the assistant to a high-ranking official at Wright-Patterson. Before her boss retired he showed her a strange being that was preserved in a large glass beaker in a refrigerated building on the base. She got a two-minute look, but this viewing has forever changed her, for now she knows the world was not what it seems.
Sleep-tight and dream hard.
MWiz.