As the Icke show is ending let me share some of his final thoughts for the day. During this entire event Icke emphasized that only energy is the building blocks of our universe. We play in our world of holograms and our reptilian handlers will use them more and more to manipulate us humans.

David speaks that China is the blueprint for the future of the rest of the world. It is the laboratory where the methods of control are refined. China is a prison without the bars. The Reptilian Cabal feels it has the divine right to rule, since it feels they were part of our creation (the reptilian brain). Itâ€™s that property thing I guess.

Icke reveals that the headquarters of the controlling bloodlines are in Old Europe in the City of London. These bloodlines live in a low vibratory field so that means if you (us humans) can hold a high vibration the reptilians cannot harm us. Tapping into the esthetic field (the zero point) is where higher vibration can be found. David told an interesting story about tapping into field. Someone from Utah who lived near Salt Lake City and who had developed some type of â€œFree Energy deviceâ€ would consistently tap this zero point field, but never during Mormon church services, for their praying draw much of this energy vibration away from his equipment.

Next David talked about three important and somewhat profound books two of books about the coming (maybe already here) new world order- 1984 â€“ George Orwell and The Brave New World by Aldrous Huxley. Both men came from the Fabian Society â€“ an infamous group noted for its social movements and maybe the One World Movement. And Orwell and Huxley were probably sounding the warning to future generations. And the other book was Dragons of Eden by Carl Sagan about the evolution of Man with reptilian and more.

David closed the show with positive hope and a path to keep us free; we must override the lizard brain, for it is the barrier to our godliness. Do right brain thinking- no more fear. Stop conforming stand up to the controlling system- take responsibility back. Icke continues- raise your vibration- use the power of intent. Watch your life signs, we are here to break the spell. Infinite love is the only truth everything else is an illusion. Know thyself â€“ open your consciousness and follow your intuition. 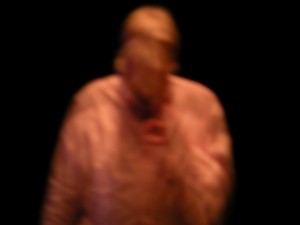