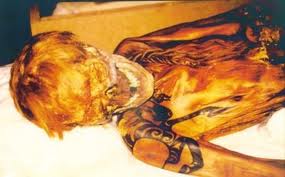 So let’s first talk red hair, several hundred years ago, Christian Europeans considered red hair a sign of witchcraft. So red haired people were considered quite untrustworthy in many aspects of life. And for some reason the medieval folks thought the bodily fluids of a redhead had magic properties. And fat from a redhead could be made into a poison. Their blood could turn copper into gold and their urine used as paint for stained glass windows. So these redheads were a mixed bag. Cyrano de Bergerac said the red haired ones were pure, brave, best balanced constitution, and their spirits more clarified.

So where is the source of these redheads? Most of them can be traced back to a group called the Scythians. They were an ancient Iranian people originating from central Asia. Then they migrated to Eastern Europe and mixed with European tribes. They had red/blonde hair. And eventually some ended up into England and Scotland; the group they represented the most were the Picts. They had red hair, wild tattoos, rode horses and fought like Vikings. The graves of these women Scythian warriors were buried in heavy armor; they looked like what we would be described as Amazons.

These Scythians at their origin may be considered the group of Aliens called the Men of Renown; red-blonde headed, Aryan giants – 8 to 11 feet tall. Their giants in mummified form have been dug up around the world and are a part of a group of relics known only in the world of hidden archaeology. In biblical terms the beings ran the Garden of Eden and in Greek literature they ran the Garden of Hesperides.

So you redheaded ones you have quite a history to be proud of.

Sleep tight , I believe we all know a redhead or two.