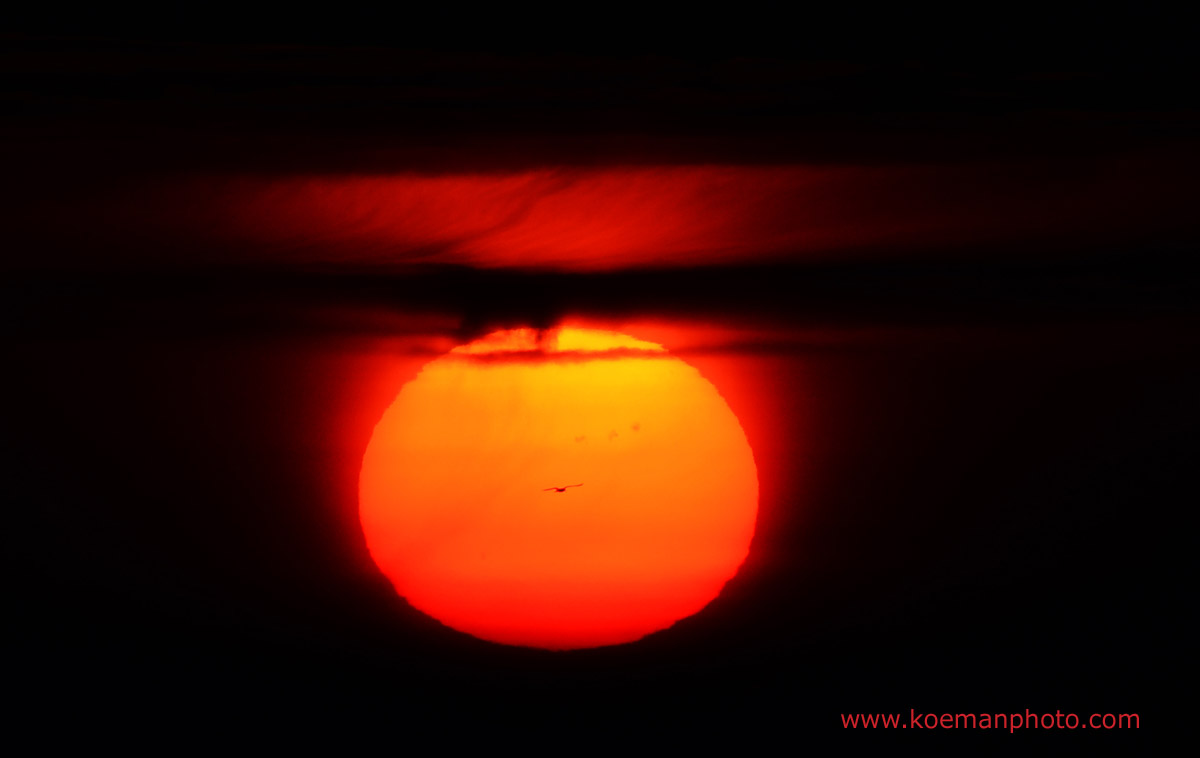 This event is called a prominence, and it happens when huge amounts of energy stored in the Sun’s magnetic field is eruptively released. Loops of magnetic field lines pierce through the Sun’s surface, their bases forming sunspots. Each spot is like a magnet’s north or south pole, and the loop connecting them can contain a lot of energy. I mean a lot: big ones can explode with the equivalent of billions of nuclear weapons. If the lines get tangled or the spots get too close together, it’s like shorting out an electric circuit. The lines snap, the energy is released, and mayhem occurs.

In this case, it was a relatively mild event. Only a few million tons of hydrogen were blasted a hundred thousand kilometers up from the Sun’s surface against its fierce gravity, and the explosion was probably only the same as a paltry few million megaton-class bombs. No biggie.

The images to make the animation were taken by NASA’s Solar Dynamics Observatory, which stares at the Sun 24 hours a day. It can see well out into the far ultraviolet part of the spectrum, where activity like this is more obvious (in this case, the images were at a wavelength of 30.4 nanometers).

The Sun is approaching the peak of its 11-year magnetic cycle, which should mean more sunspots and more activity. However, it’s not easy to predict what will actually happen; it may be a smaller peak than usual, or it may be bigger. We need our eyes on the Sun like SDO to let us know what’s happening! Big explosions create waves of subatomic particles that can scream across space; when they reach Earth they can damage our satellites and trigger blackouts here on Earth, causing billions of dollars in damage.

Literally, space exploration and our knowledge of astronomy and physics can help save money, property, and our modern technical civilization. There’s a thought to start your new year off right!