Part two of this series is devoted to Jacques Vallee, a man with an extraordinary mind. He has a degree in mathematics, a Masters of Science in astrophysics, and a PhD in computer science. At age sixteen, Vallee first sighted an UFO over his Pontoise, France home. In his twenties, he viewed tapes of unknown objects orbiting the earth. He wrote nine books between 1965 and 1992 about UFOs and the human psyche.

Vallee feels there is a genuine UFO phenomenon- that something non-human is manipulating our time and our space. It is a game of deception on the human witnesses. They (these mind beings) come in various shapes and forms and present themselves differently to various cultures around the world. Vallee states they have always been here among us. The motivation behind this deception is unknown, but its purpose is probably some major change for human society. He downplays any government involvement in this deception, as the manipulators may want us to see our government as being involved for some unknown purpose as part of the end game.

Valleeâ€™s first two books strongly supported the Extraterrestrial Hypothesis (they come from far away in spaceships). But during the late 60’s, Vallee had changed his opinion, saying that this concept was too narrow to explain the whole of the phenomena. There were common elements between UFOs, cults, religious movements, angels, ghosts, strange creatures (i.e. Bigfoot), and psychic happenings. Vallee put forth the suggestion that they were multidimensional visitations and these beings could be from everywhere and/or maybe just from here; they were always here, but could remain undetected. His new view of the visitors cast Vallee out of good standings with mainstream Ufology. Vallee referred to himself as a “heretic among heretics.”

There were five reasons why he feels the term “space visitorsâ€ is incorrect:

1. Too many close encounters were recorded, many more than would be needed for the aliens to do a physical survey of the planet.

2. UFOs have the apparent ability to manipulate space and time suggesting a deeper science and richer alternatives.

3. This phenomenon has been seen throughout recorded history demonstrating that UFOs are not a recent fly-in event. (50s -Roswell)

4.The reported behavior in thousands of abduction reports contradicts the hypothesis of genetic or scientific experimentation on humans by an advanced race. (I personally don’t fully buy this point.)

5.The Humanoid body structure of the alleged “aliens” are not likely to have originated on another planet and are not biologically suited for space travel.

I personally don’t agree with all of Valleeâ€™s views but he is a great thinker and a true Renaissance man, who has felt the Alien Mind. 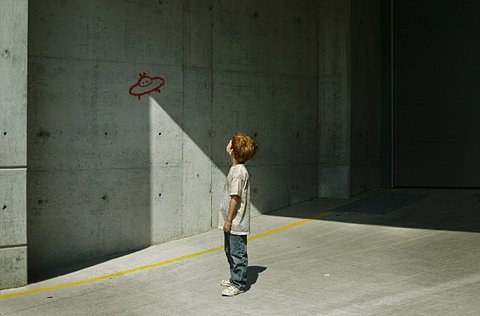