The thought of angels begins up a somewhat uncomfortable vision of a somewhat scary winged creature. Some people like my mother are very comfortable with angel things; she loves to collect them, not real ones but statues and paintings. Maybe that is why she called me Michael â€“ after one of the famous archangel captains of the angelic realm.

So what do we know or what do we think we know about these beings. First they have appeared in the religious writings of Christianity, Judaism, and Islam. They have unique vibratory signatures. So if you start vibrating in bed one night, a particular angel maybe near, embrace it. Many human religious figures have claimed to have profound encounters with angels, these angels make humans a bit enlightened, but only a little, since we are still killing and maiming each other in the name of God and religion. I have also heard there is a whole angelic society divided into divisions Angel, Archangels, Principles, Cherubim, Seraphim and billions of light workers to do the heavy lifting.

Angels I believe are between an area of pure energy and solid matter, so they appear in a partial hazy state in this physical plane. Further more I believe angels have something to do with Crop Circles either they directly manufacture them (in a New York minute) or some other being makes them for the angels as a temporary portal into this world. Angels by definition are messengers, could the Crop Circle be their messages to Humanhood. If so we better start looking and listening to the messages being presented.

So what does all this have to do with my trip to Washington State with Kewaunee? Well as I was taking pictures of the vortex areas, I snapped a picture of a hazy figure with golden hair and a flowing gown surrounded by other beings, my first thought was an Angel.

As I explore the realm of inter-dimensional beings and photograph portal/vortexes I will watch for those beautiful Angel Guys and their vibratory signatures.

Sleep tight – some beings are most definitely watching. 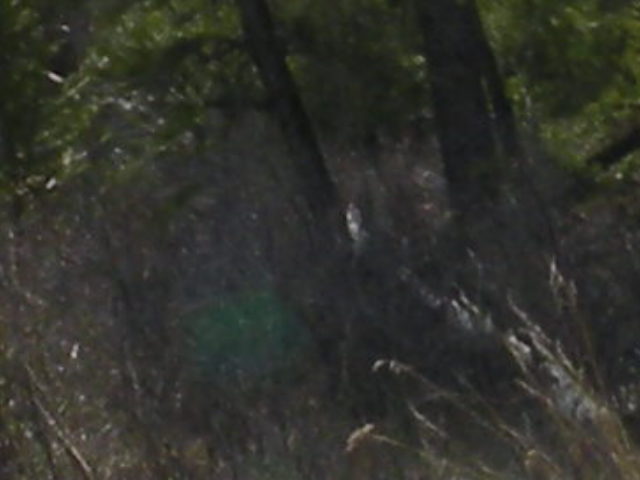 A small one in the middle—- see it ??? Look closely other beings are hanging out in this photo.