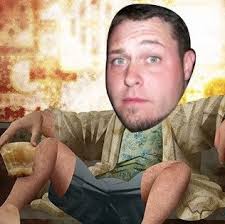 Our speaker for our Fall kick-off meeting was Josh J.R. Lawrence, who has a long list of credentials including explorer, political activist and KX (Kryder Exploration) member. He is a strong believer in “synchronistic”events that shape a person’s life path. From an early age he has been interested in Mayan prophecies, stories of conspiracy, and all that is paranormal. As a member of the Kryder explorer group his special interest is the elusive Bigfoot and all the strangeness that surrounds the being.

Josh used his knowledge of Southwestern Spanish history to explain the tales and truths about the famous Spanish gold caches hidden around the states of New Mexico, Arizona and Colorado. He spoke of 150 tons of gold, some of it in locations close to Albuquerque, New Mexico.

Much of Josh’s talk involved his special interest in Bigfoot, stating that there was probably 1,000 to 2,000 BF in the New Mexico area. He stated his experiences have taught him that Bigfoot is a super intelligent being, who has not been caught because of his brains not his brawn. Josh also talked about and demonstrated the sounds that Bigfoot makes in the wild. He spoke of stick artwork that seems to be scattered throughout their living territory.
Also he and his group members are involved a several BF DNA studies to put the Bigfoot true existence into the full light of the public.

One of the most interesting pieces of information he passed to us was the giant bones he has seen in the basements of natural history museums around the Southwest. These bones are connected of course to the Bigfoot legend.

But the one statement that bought down the house was that Christopher Columbus was a woman and not a very nice one either. I even heard gasps from a few Italians in the audience

Sleep Tight, for what I know from my research is there is more truth in the Bigfoot legend than there is in the Chris Columbus legend.