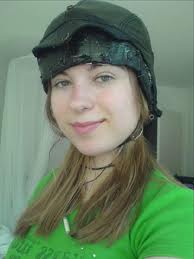 The other day I read an amazing article about a procedure being conducted by Emory University where they are implanting electrodes in people’s minds. This is being done to mediate and control severe depression. It’s called DBS (Deep Brain Stimulation) and it seems to be safe and effective. Depression is a dangerous and debilitating medical illness.
DBS uses high-frequency electrical stimulation focused on predefined targets in the brain, which matches the particular neuro-disorder. In this procedure the patient is implanted with two thin wire electrodes on either side of the head. The power for the electrodes comes from a powerful battery implanted in the chest.
So our human technology is becoming quite advanced, or so we think. But alien technology has been mind-controlling humans for more 60 years, at the very least. The first recorded mind control of a serious nature occurred most likely after the Corona crash in NM. There was at least one alien survivor who tried and partially succeeded to control the minds of his captors until a friendly hybrid detected what was happening and the alien was destroyed by the military, which just may only an interesting story.
Abductees/contactees of these alien groups have stated when in the presence of the aliens “I am dreaming but I am awake”. These abductees have been placed in a paralyzed state, which keeps them in total control by the aliens in a peaceful but strange state. The abductees are put in weird settings and events with people they don’t know and equipment that doesn’t function much like a movie set. Everyone in the alien set is awake but dreaming, all of them seem to be unhappy and very confused about their situation. Basically, the aliens are in total control over their human victims. Also, some of the aliens, for some reason, can create with a flip of a switch a total mind fear of the abductees. So they (the aliens) do an external total control of the human mind.
So do we get the tinfoil hats out to stop the abduction scenario? We could live in a Faraday cage, I would be pretty confident that would help. I did come across a company on the Internet, which claims for 13 years that it has successfully kept people from being abducted if you wear their “ Thought screen Helmets “,Michael Menkin’s – website/company- Stop Alien Abductions.
Well I believe and always will believe our dear inter-dimensional friends will always be one step ahead of our technology, so they are in control.
Sleep tight – enjoy the ride, it’s not all bad as long as you have no fear.
MWiz