If this isn’t the classic example of the fox guarding the henhouse I don’t know what is.

The two-year pilot program will allow the companies to conduct their own environmental assessments, or alternately outsource the work to contractors. The USDA will retain the final say in determining the safety of crops.

According to Fast Company:

“The USDA won’t actually admit that it’s bad at performing its duties — instead, the agency claims that the move will make the environmental reporting process more timely, efficient, and cost-effective … [But if Monsanto] has a vested interest in getting one of its crops deregulated, why wouldn’t it try to fudge the numbers on an environmental review? And why wouldn’t its hired contractors do the same?”

You might think that genetically modified organisms (GMOs) don’t affect you. But in fact, up to 90 percent of all major U.S. grown crops are grown with genetically engineered seed, and can be used in human and animal foods without any safety testing or labeling.

This includes GM corn, soybeans, canola, and sugar beets, which have made their way into approximately 80 percent of current U.S. grocery store items.

If you’re not buying organically produced foods (or growing your own food), then you’re probably eating genetically modified ingredients in most of the processed foods you’re consuming.

“Scientific testing has not been done on what effects GMOs may have on humans. What has been shown is that GMO foods contain excessive amounts of certain toxins, the effects of which have not been determined. Genetically modified foods also negatively impact the environment by creating more toxins and potentially leading to the creation of mutated soil bacteria, which may lead to more harm regarding the future of food production.”

This latest development is truly the epitome of a Bad Idea.

The US Department of Agriculture (USDA) is the agency responsible for assessing the environmental impacts of genetically modified (GM) crops, but they’ve not been very efficient in this regard. So, in an “effort” to make the environmental reporting process “more timely, efficient, and cost-effective,” they’ve decided to create a two-year long pilot program that allows biotech companies like Monsanto to conduct their own environmental assessments.

This decision is an absolute abomination of massive conflicts of interest.

The Fox is Yet Again Allowed to Guard the Hen House…

What possible incentive does Monsanto have to find environmental harm resulting from the crops they seek to get approved? And if they hire contractors to perform the review, what incentive would they have to come up with a negative assessment?

This is particularly pernicious because of all the chemical companies Monsanto is far and away the most egregious in their blatant disregard for values. They have extorted millions of dollars from small famers no differently than New York City Mafia crime bosses. Well, that might be acceptable behavior in organized crime, but it is reprehensible in a multi-billion dollar corporation.

If history has shown us anything, it’s that industries CANNOT police themselves. The end result is always the same—corporate vested interests win every time. This is exactly why we need INDEPENDENT agencies to do safety reviews.

Another MAJOR consideration is that Tom Vilsack is the Secretary of Agriculture. Vilsack has been a major supporter of Monsanto and is a strong believer in genetically engineered pharmaceutical crops, especially pharmaceutical corn.

This is a set-up that will endanger consumers everywhere, in more ways than one. As Ariel Schwartz writes for Fast Company, “if it wasn’t so dangerous, it would be funny.” For example, we already KNOW that GM crops are causing a variety of environmental problems,

Roundup-resistant superweeds, which forces farmers to use ever increasing amounts of pesticides and herbicides
Cross-pollination between GM and non-GM crops that threaten to destroy the organic industry as a whole
Contamination of waterways with Cry1Ab, a specific type of Bt toxin from GM crops
Creation of new pest problems
Roundup herbicide, which is used in increasing amounts of more than 80 percent of all GM crops planted worldwide, has been found to be lethal to frogs and toxic to human placental and embryonic cells
Allowing Monsanto to police itself is an absolute disaster of epic proportions, make no mistake about it. And this makes it all the more important to educate yourself about GM foods, and make every possible effort to avoid them if you want to protect your health, not to mention the health of your children!

Do You Know how Much GM Food You’re Eating?

It’s important to realize that as much as 90-95 percent of the major US-grown crops are genetically engineered, and subsequently used in human- and animal food production without labeling and with no safety testing whatsoever.

These GM crops include:

Zucchini
Crookneck squash
Hawaiian papaya
These GM goods are now used as ingredients in approximately 80 percent of all processed foods!

So, unless you’re buying all organic food, or grow your own veggies and raise your own livestock, or at the very least buy all whole foods (even if conventionally grown) and cook everything from scratch, chances are you’re consuming GM foods every single day of the week.

Even more insidious is the fact that anytime you’re buying conventional meat, you’re essentially eating GMO. This is because the vast majority of animal products produced in the US today, which are raised in confined animal feeding operations (CAFOs), are fed with GM feed (typically GM corn and soy), in addition to being given genetically engineered hormones. Soon CAFO cattle everywhere will also be fed GM alfalfa, which will further drive up the percentage of GM feed these animals consume in total.

This is just one of the reasons why I strongly advise everyone to avoid consuming conventional meats. If you cannot afford to buy all your food organic, then focus on buying organic meats.

Demand for Non-GM Canola on the Rise

According to an Australian ABC News report, demand for ‘sustainable’ canola, meaning non-GM canola, is now so high that the price for this commodity is outpacing the GM variety.

“It really comes down to customer preference to have a non-GM product in the food chain. There’s consumers that will demand that, so they’ll pay a premium at a supermarket shelf for particular items that are certified non-GM. ‘The other driver is from the by-product. That’s fed to animals and they don’t want to have a GM by-product in their food chain that’s fed to their animals.”

The extra price is worth it in my opinion. Although safety research is still sorely lacking, the studies that have been made indicate that things do not bode well for us, long-term, if we do not stop genetically altering our food supply.

Although the evil GM giants like Monsanto insist that GM foods are no different from conventionally grown varieties, the research in existence begs to differ. Here is just a sampling of the unsavory findings associated with GM foods:

GMOs may be the greatest health disaster in the American diet. (By the way, remember that while fructose is toxic to your body in and of itself, the vast majority of fructose you consume is in the form of high fructose corn syrup, much of which comes from GM corn!)

Within the first nine years of the introduction of GM crops in 1996, multiple chronic illnesses jumped from 7 percent to 13 percent of the population, food allergies doubled in less time, and many other ailments have been on the rise ever since. Millions may already be suffering health problems caused by genetically modified foods and they just don’t know it.

The American Academy of Environmental Medicine has urged doctors to prescribe non-GMO diets for all patients, citing animal studies that show how GMOs cause disorders such as vital organ damage, gastrointestinal and immune system problems, accelerated aging, infertility, and dysfunctional regulation of insulin and cholesterol. Unfortunately, few doctors are paying attention and following this advice…

Again, you simply must take control of your own health, and take it upon yourself to ensure you’re not unwittingly destroying your and your family’s health with every bite.

By Banding Together We CAN DEFEAT GM Foods!

Yes, even though the US government seems hellbent on giving biotech giants like Monsanto free reign to destroy the world, we CAN get GMOs banned from the US.

Europe was able to do it over a decade ago without any government assistance. All they did was educate the consumers, and that was enough pressure on the food industry to stop using GM ingredients.

Most people don’t understand that we have already won the war. These companies KNOW they have a limited time to sell their chemicals and make a huge profit at the expense of your health. They know that eventually labeling will be mandated and when it is, the game is up and they will be defeated as over 90 percent of Americans do not want GMOs.

That does not mean you should be complacent. The sooner you get involved, the sooner we will eliminate these toxic threats. We will require loads of education to be effective, however.We must first educate sufficient amounts of people about what GM foods are! As illustrated in the featured video, many are still completely clueless about genetically modified foods and have no idea that they’re eating them every day.

Although GM foods still do not require labeling by law, the campaign for GMO labeling is making progress, thanks to the persistence of Jeffrey Smith and the Institute for Responsible Technology, an organization whose goal is to end the genetic engineering of our food supply and the outdoor release of GM crops. If you like, you can join the fight by signing the petition to President Obama in support of mandatory labeling of GM foods.

By educating the public about the risks of GM foods through a massive education campaign, and by circulating the Non-GMO Shopping Guide so consumers can make healthier non-GMO choices, the Institute’s plan is to generate a tipping point of consumer rejection to make GMOs a thing of the past.

Remember food is a critical part of the equation of “Taking Control of Your Health”, you simply must get it right if you want any real chance of avoiding chronic degenerative disease 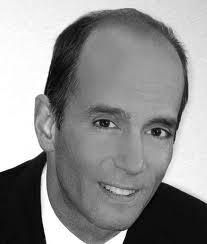