I started reading this book about this Russian woman. Since I am part Russian I thought it would be of some interest. It turned out to be mind expanding, filled with profound wisdom from very old times, and secrets projecting into our future.

As I continued to read my mind wrapped around the fact that this Anastasia was something more than an ordinary human being. She speaks as though she has firsthand knowledge of things men and women only dream of. She talks of the propulsion system of a flying saucer as based on the energy created through the generation of a vacuum. This is an implosion process, the process of nature, a non-destructive mode.

She said that saucers get the propulsion vacuum via microorganisms. These specialized cells are located on the inner surface of the upper part of the flying saucer. These cells are positioned between the double walls, which make up the shipâ€™s skin. The upper and lower surfaces of the outer walls have micro-holes and the microorganisms draw in air ahead of the ship and create the all-important vacuum. She goes to say the ship is organic in nature, like a fungus substance.

She also talks about the power of the collective mind and its ability to create this ship with the mind power of a dozen or so humans, much like bees creating a hive, one cell at a time. Anastasia feels the earth has everything the Universe has as a whole to create this ship and the microorganisms to propel them.

She claims the beings in these ships are not as smart as humans and that they are actually afraid of us. She believes that there is no one stronger than Man in the Universe except God.

Well its an interesting thought that Man may be the smartest being in the Universe; I will have to digest that one. Her ideas about eco-technology are compelling, and it is probably time for man/woman to imitate natureâ€™s role in the balancing of planet earth.

Sleep tight â€“ your dreams will come to rest your mind. 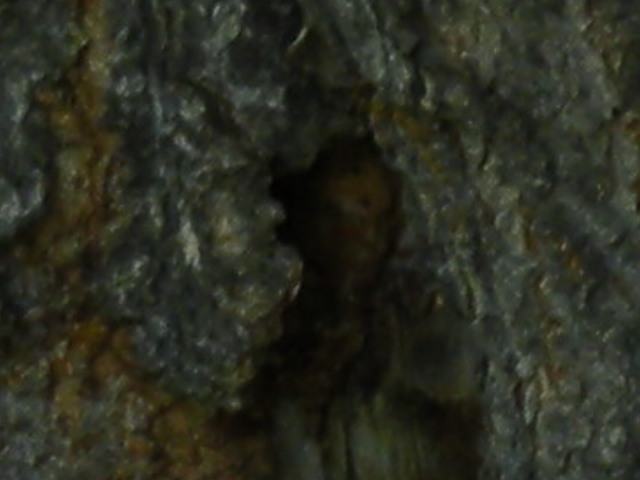 Maybe the organic being Anastasia is talking about — I spotted this one east of Albuquerque looking out of a tree- high in the mountains.