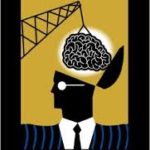 Out of the blue, triggers can sneak up on anybody. These are a few of my accounts where images and words literally debilitated my state of mind. One of the more alarming experiences that I can remember, happened around 2012.

My daughter asked me if I wanted to see a really good movie called, “Life of Pi”. I said sure and she went ahead and rented it for the evening. After dinner, we sat down and started watching the movie. After about 20 minutes or more into the movie, something snapped in me and I immediately jumped up and yelled at my daughter, “How dare you get this movie! You knew exactly what you were doing!”

I stomped off and my daughter was at a loss for words. She came into my bedroom and asked me what was wrong and I told her the movie was very upsetting for me and that I didn’t want to watch it. She was upset at me for yelling at her and I was just basically a frazzled mess. She left my bedroom and I tried to get some work done on my computer but to no avail.

That evening I cried for what seemed like hours and eventually fell asleep. The next morning, I felt like a freight train had run over me and my head felt like it was ten times larger than normal. My daughter felt responsible but I told her it had nothing to do with her; I apologized for my behavior and tried to make light of what happened. But I was depressed and totally out of it for a couple of weeks afterwards. To this day, I can’t even see images of that movie.

Another incident happened just recently with Michael. We were watching Utopia, a British TV series that was about mind control and vaccines. It was really good up until I saw a young infant around 1 or a little older with a bunny rabbit in front of him. I sensed what was going to happen and jumped up from my seat and went upstairs. After a bit I came back down and asked Michael if the bunny rabbit was harmed and he said yes. I told him, I couldn’t watch the show anymore because it reminded me of my childhood when I went to a Catholic school. A few of the adults used rabbits and kittens to get their point across that we should not tell our parents what they were doing with us. The military was connected and I think they were the ones scaring us but I have no proof.

My meltdowns seem to happen with animals either killing each other or getting hurt themselves.

This is one area that I may never find the answers to because I don’t think I have it in me to see what the memories are about. I think there are deeper areas here that I haven’t even touched. Some things I guess are just better left alone.