I believe Rendlesham Forest should be remembered as the Roswell of the United Kingdom. What happened here in December 1980 is one of the most significant UFO events in the world. What makes this event different from other sightings is that most of the event data, at least the basics, are public with no denial from NATO or the Royal Air Force.

Here is a brief summary of the event. Rendlesham Forest is a huge pine forest in Suffolk, England. There are two NATO bases near the forest. On December 26, 1980 two USAF security guards watched a craft land in the nearby woods. They reported seeing a Christmas tree-like flashing mass of colored lights. Two others joined the two original witness guards. One of the ranking officers believed this was a plane crash. Three of the four men proceeded to walk toward the object. The one guard stayed behind to guard the east-gate. As the three men walked into the forest, radio transmission started to break-up so one of the men was ordered to stay on the edge of the forest to relay messages out. As the two men moved deeper into forest their hair stood on end and the air felt very strange.

Once the object was in clear sight, they realized it was about the size of a small car floating on beams of light. As the men got closer they moved in a strange zone of slow motion as if some force was holding them back. But as the men got closer the craft lifted off and disappeared. It was reported that one of the officers took many pictures of the object and handed them over to the USAF and the photographs were never to be seen again. The next day three small impressions were at the site and radiation readings near the site were off the charts.

On December 27th the base commander from the Bentwaters Base was informed that the UFO was back. The commander sent the deputy base commander to investigate the situation. He proceeded with a team of men and recording equipment. As they entered the forest it initially seemed that the object had left the area, but the equipment was acting up, so they proceeded with caution. They all started seeing a yellow pillar of light. This light changed into a huge looking eye with a dark center; it was as if it was winking at them. It almost felt like it was trying to communicate with them, but it just didnâ€™t know how. As it moved erratically through the woods sparks started to fall off it. The men chased it for over an hour before it shot into the sky. The object in the sky shot beams of light down to the ground. Hundreds of personnel on the two bases, including several civilians, saw the light show. Many described the event as dream-like; time and reality were distorted and everything went to half-speed.

I had a wonderful synchronicity the other day regarding Rendlesham. I was interviewing a person for a job, who was an ex-Air Force person. Guess who was stationed at Bentwaters December in 1980? He saw â€œThe Eventâ€. He told me about the Rendlesham forest, which has a life of its own. The forest was so deeply calm, silent and extremely creepy that no one traveled through it alone even before the incident. He would have to travel through it daily though because his base housing was on the other side of it. He was not a part of the team who was in the forest during the event, but from a distance he saw the forest light up. At times, he saw a triangle light floating through the woods. The mood on the base was extremely serious. The base was on total lock-down for several days and within six months the base was closed down completely. (Not sure if this was because of the incident). All personnel were told to keep quiet about the event.

I believe this was a true happening, but Iâ€™m not sure if we were on the verge of full disclosure or if this was just a little Christmas cheer from a few joyful aliens having fun in the woods.

News Flash- the Arctic Polar Cap will probably completely melt this year, maybe the first time since the beginning. -Thanks Global Warming. 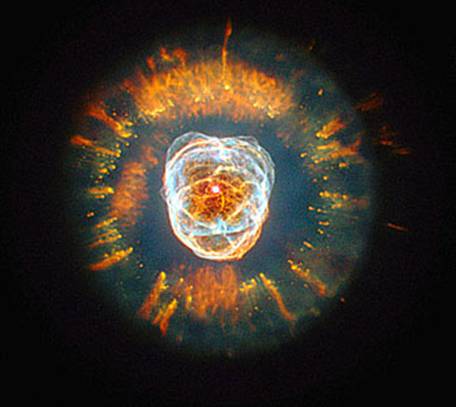 The Light in the Forest