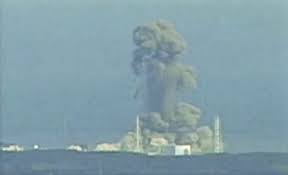 Dr. John Apsley reports on the increased deaths in North America that he believes
are associated with the Fukushima catastrophe and radiation leaks.

There was a spike in infant mortality rates within the first 10 weeks of the catastrophe in cities across the US, and the radiation contamination likely came through rainfall, he said, adding that infants were particularly susceptible because of their reduced thyroid function.

He attributes 14,000 deaths in the US so far to the fallout from Fukushima. – See more at: http://www.forbiddenknowledgetv.com/videos/radiation-poisoning/us-death-rates-increase-from-fukushima-fallout.html#sthash.aI7E9pMU.dpuf

One Reply to “US Death Rates Increase from Fukushima Fallout– Don't forget,,, it will effect us for thousands of years.”