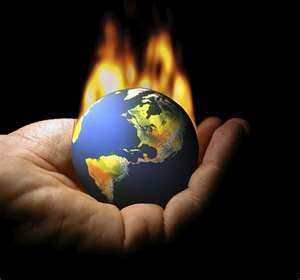 National Academy of Sciences recommends crash course for analysts on preparing for rise in sea level and food shortages
15.58 ESTThe US military has already cited facilities like Eglin air force base in Florida as being particularly at risk due to rising sea levels.
The Pentagon was warned on Friday to stand guard against “climate surprises” which could throw off its efforts to secure America’s future.

An expert report, prepared for the intelligence community by the National Academy of Sciences, warns that the security establishment is going to have start planning for natural disasters, sea-level rise, drought, epidemics and the other consequences of climate change.

The Pentagon already ranks climate change as a national security threat, putting US troops in danger around the world and adding fuel to existing conflicts. More than 30 US bases are threatened by sea level rise.

It has also identified potential new danger zones, such as sub-Saharan Africa.

The military is also working to cut back on its fuel costs in an age of budget austerity, by installing solar arrays and wind turbines, and monitoring electricity use.

But Friday’s report suggests strategic planners are going to have make sweeping adjustments to their planning to take account of climate change over the next decade and beyond.

Current scenarios could be thrown completely askew by “climate surprises”, the report said. These could be a single catastrophic event – such as a food price shock – or a cascade of reactions that could ultimately put America at risk. “It makes sense for the intelligence community to apply a scenario approach in thinking about potentially disruptive events,” the report said. “It may make sense to consider the security implications of two or three more plausible trends as a way to anticipate risks.”

The study also recommends a crash course for intelligence analysts on the potential threat posed by sea-level rise, drought, food shortages and other consequences of climate change. “It is essential for the intelligence community to understand adaptation and changes in vulnerability to climate events,” it said.