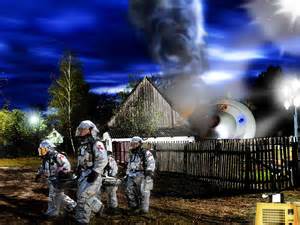 During my 50 years of research I would occasionally come across information about crashed UFOs and the beings that piloted the craft. And recently I talked to a very reliable source on the subject matter.

So here is what I know, first there are approximately 10 military elite teams around the world that exclusively devote their time to being ready for the next crash. Each team is made up of 100 to 150 of the smartest military and civilian scientists and medical personnel in the world. There are primarily 6 countries involved in these recovery missions although some of the team’s members come from several others countries. The primary countries involved are USA, Britain, Russia, France, Australia and Germany.

These teams are stationed around the world and are able to get to a crash site within a maximum of 8 hours. The teams tend to be located near larger urban areas in case a crash would be near a population center, since there would be little time to cover-up a crash. Also a few hours after the military team is on site, a civilian clean-up team arrives to cover the public relations aspect of the crash, the real cover- up.

There have been over 60 crashes since the 1930’s. North America has the most known, with about 11, but Russian has had its share. New Mexico has had 6 with most of them crashing the first two weeks of July 1947, Roswell/ Corona etc. They were probably bought down by new military radar of the time. Other crashes around the world can be contributed to lightning, craft malfunction, and maybe one or two shot down by human military.

It seems that most of the time the occupants of the craft are killed, maybe a ½ dozen alien beings or so have survived. Most live only a short time. One, I was told, lived for a one year and ½ only to be killed by the US military.

Well that is pretty much all I know about Alien crashes.

Sleep tight, if you see an alien ship crash, do not get too close, take a few pictures and get out, the Recovery team is on their way and they won’t be happy.