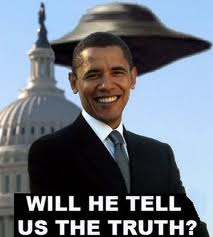 Over 12,000 humans signed a petition for the truth from the White House to come clean on the truth about UFOs and ET types. But to no ones surprise they said no Extra – Terrestrials are here, hanging with us. You know that is probably truth. I am starting to fully believe no one or no thing is presently traveling cross the super distances between stars. These strange races of non-humans and hybrids have always been part of our world. They spend time between our dimension and other dimensions and easily travel between them. So at the beginning of November they, the White House, told us this little but important truth that our visitors are real maybe really our distant creators. But they are for sure old natives of this Planet.

So, why would the people in charge be afraid of telling the truth about our Terrestrial other Family members? The reason is they are totally Terrestrial and very much before us, in the global time-line. This would be a layered problem for all the institutions of the world. They would be far less important and their ability to control the masses would be completely gone. I read the other day from some pretty important research that the Greys have been occupying the area north of Dulce, New Mexico for 25,000 years or more in an underground facility, and this is probably only one of many around the world.

Of course if the entire world knew the truth about these otherworldly beings, what could we do? Most likely, we cannot directly communicate with them because their electromagnetic energy field is too powerful and overwhelms our neuro-system causing massive confusion and maybe death. So is it better to wait and see, even through they have been manipulating our minds and bodies for thousands of years. We are basically helpless and our institutions cannot help us as the Greys still abduct thousands yearly for the sinister agendas. A side comment, alien abductions have dropped off during the last 10 years, but I believe they are just re-tooling for the next phase of their on-going experiment, at the expense of humanity.

Sleep- tight and listen for the subtle truths because even in the White House there are people who want to tell the truth, the whole truth and nothing but the truth.
MWiz