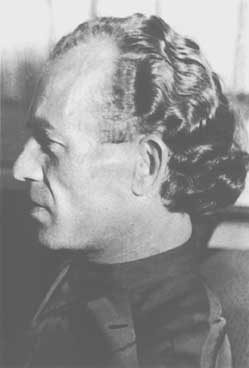 David Weaver and his wonderful wife from the group called the “The Bruno Groening Circle of Friends,” came to the Dowser June meeting. I had never heard of this Bruno guy before, but I must say I became quite interested in him. He has a very colorful history. He was born in 1906, and at 2 and ½ years old he wondered off in the dead of a very cold German winter and was gone for a whole week before he reappeared – no worse for the wear.

After that it seems that much of his life was quite normal. He was a simple laborer, but around 1949 he became the “Miracle Doctor” although not a real conventional, and that is where his problem started. It seems that the miracle healings were a real event, witnessed by thousands. He didn’t know why it happened, just that it was a rebalance of oneself, a reconnecting to God. He did give God the full credit saying God was the greatest physician of all. His teachings were based on the belief that if you keep centered in your life, mental and physical health will return to your body. He also said being healthy is the natural way – the universe in balance.

Through what David said and through further research, I learned the following about this amazing man. Bruno would say we all burn energy, new energy is not always well absorbed and causes issues and possibly serious illnesses. So receiving the healing energy stream is Bruno’s cornerstone to a healthy, illness free body. This healing stream can be obtained simply by sitting with hands open, and arms and legs uncrossed.

The healing flow makes contact with sick parts of the body and it starts the purification process and healing happens. According to Groening no illness is incurable. The Friends of Bruno groups are worldwide and on a daily basis, everyone tunes into a healing stream. This healing stream may be what others call the Zero Point Field? This Zero Point Field is connected through our right-brain outlet and the resulting power can only be called God-like.

Sleep-tight, The Zero Point–The Bruno Groening healing force field is waiting for you to discover it. And it is so very simple, from a simple man.
MWiz.