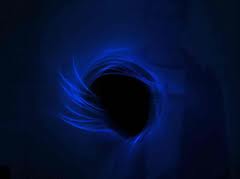 As I have stated in the past and in Part 1, I have been researching UFO-related subjects for over 45 years. And even after 45 years, I am just starting to connect the dots. It has taken a long time in coming to some theoretical conclusions.

Read Part 1 for the first three conclusions, just type “Reality” in the search in the upper right corner of the site.

Conclusion number four–people that have had encounters with inter-dimensional beings have shown some amazing abilities, such a healing others, psychic abilities, and abilities to see physical alien craft.

Number five–the contactees have shown amazing abilities to have continued contact with the inter-dimensional beings from a very young age, say 3 months old in their crib to 60+ years old. The ones that have a long-term relationship seem to come to realize it and many embrace it. The key is always to be fearless, as I have said over and over through my 45+ years of paranormal research. The Grays prove to be a mixed bag; at times they seem very friendly and extremely helpful, but the trick with them is that if you don’t do everything they want, they can be a little testy. But if the contactees firmly state their positions on the present situation, the contactees, will win out 85% of the time.

And finally number six–all contactees and their abductees are mentally and emotionally connected to the inter-dimensional groups. Many of them don’t realize it but inside their sub-consciousness their worlds are linked as inter-dimensionals and humans together. This link is so powerful the humans become virtual hybrids. Humans that have had some contact are altered in such a way that their genetic makeup is enhanced and changed towards the alien world.

Sleep tight…History will show inter-dimensional beings have embraced us humans for thousands of years; we are them and they are us.