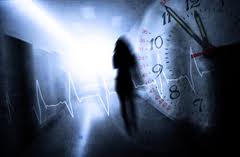 I had a recent unusual vivid dream – one you never forget and feel it is real. I have only had a few, and directly or indirectly they all came very true. So this time it was about a group of people out in a mountainous-forested area, maybe out in the Western US.

We seemed to be getting ready for an event, that we had to react and prepare like survivalists , but strangely although no one in the group was talking about this potential disaster, we were getting ready for something. Sort of like if we talked about it, it would get there quicker and we needed the time to get fully prepared.

As we got ready the instructor/leader told us we needed to dig an underground room in the valley and not in the mountainside like in a cave or something similar, which at the time I thought would be the easiest, best way, and safest to provide shelter.

Well I shortly found out why the underground valley shelters were needed, because as the disaster hit, the mountains around us were being liquidated and taken away by some force. I had never imagined or seen anything like this; the mountains and everything on them were gone. It happen is 10 to 15 seconds, and as we got out of our shelters and walked around, like deer in headlights, we could not comprehend the scope of what had just happened.

Next, word got out to the urban areas around the disappeared mountains and within a few hours chaos erupted, and civil disorder was everywhere, no law and order. There is nothing worse than a crazy mob of humans, as things can get very ugly.

So back to the waking world -Well, so I was curious if other people during the last few weeks were having similar dreams, so I send emails to other groups I knew in this part of the country and the answer seems to be yes, similar, though not exact; some involved different disasters such as huge fires, many volcanoes going off together, and civil unrest, similar to Egypt and Tunisia.

So now what could this say about our future – huge natural disasters? Will there be disasters on a magnitude never seen before? I say probably not, but what I do think is changes are coming and coming quickly, but they are more along the lines of mental and emotional shifts.Though for some people mind change is the hardest, and they need to be prepared: moving into the right brain, re-centering oneself and knowing and believing change is coming. We need to be open to this frequency shift and be in the flow with it, not against it.

Sleep tight – our dreams are playing a wake-up call.