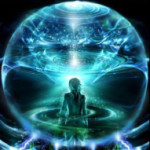 To my chagrin, Loekey awoke me from a deep sleep Tuesday the llth of this month, (Nov.) in the wee hours of the morning and decided to impart vital information to me. The information started to flood into my mind as I tossed and turned in bed. I opened my exhausted eyes and told Loekey that I was too tired and I wasn’t going to go to my computer to type down any information. Unfortunately, information continued to flood my brain for what felt like three hours. I then was able to fall asleep but I lost those vital hours of sleep and I looked tired and haggard the next morning.

This is all the information I can retain at this time. Until Loekey comes back and helps me remember more…this is it.

Loekey told me that the earth has upper and lower transparent frequencies that are connected to the upside down pyramids. These frequencies rotate opposite of each other and because of this; Loekey thinks there might be a chance to use these frequencies to close off the artificial portals. Understanding the science behind the two frequencies is paramount at this point.

Interestingly enough Loekey said there is another frequency they think they can use and this comes from a seismic influx from the sun, we call a solar flare. It is thought that when a solar flare comes towards earth, this can be used along with the earth’s two frequencies, to close up the artificial portals. If all goes well, the first to be closed will be the artificial portals that are opened in the areas where the solar flares converge with the transparent frequencies. It was important for me to understand that because the two transparent frequencies rotate opposite of each other, they are a big part of the equation but Loekey didn’t say why.

The mathematical equation-resolution is coming from an outside source so Loekey said they are waiting for the go ahead, the explanation regarding how it will all work and what their assistance will be.

This is all Greek to me, so obviously Loekey has a better understanding of what is going on then me. I also remembered that he told me something about a gravitational wave but the details have left me. Anybody reading this…please understand that I am the messenger, not a scientist.

Tuesday the 25th, again in the wee hours of the morning, I woke up out of a dead sleep and said out loud, “Sacred Geometry can solve the artificial portal problems.” I said this matter of factly out loud and I told myself to remember what I said and then I immediately fell back asleep.

I woke up the next morning, immediately remembering what I said and wondered what the heck that was all about. Either it was Loekey who woke me up and made me remember the words, Sacred Geometry or for some bizarre reason it was me. (I seriously doubt it was me.)

I then realized that in my dance class the night prior, I was teaching my students about movement within choreography. The design within any movement is just as important as deciding which group of moves fit together. I told the girls that when they are creating choreography from a specific design, they need to follow the pattern and see where it leads them. This is because while they are continuing with the design, no matter what they add in, traveling steps or turns, they will still be connected to the original inspired pattern. The pattern is always an extension of itself and even though in dance at any given time, it can change into another design, it all fits together like a kaleidoscope. None of the beautiful patterns ever take away from each other; they tend to create multiple images of extended patterns that emerge from each other.

After remembering my dance class and talking to Michael about it, he commented that maybe Loekey was somehow aware of my dance class and from my description and explanation to my students, perhaps he got the, “Sacred Geometry,” idea. This might be farfetched but to be honest with you, neither one of us has a rational explanation as to why out of the blue, I woke up and blurted out the words, Sacred Geometry.

I checked out Wikipedia’s description regarding, Sacred Geometry also known as the Flower of Life and this is what it said:

The Flower of Life is the name that gives to a geometrical figure composed of multiple evenly-spaced, overlapping circles. This figure forms a flower-like pattern with the symmetrical structure of a hexagon.
A “Flower of Life” figure consists of seven or more overlapping circles,[1] in which the center of each circle is on the circumference of up to six surrounding circles of the same diameter. However, the surrounding circles need not be clearly or completely drawn; in fact, some ancient symbols that are claimed as examples of the Flower of Life contain only a single circle or hexagon.
Drunvalo Melchizedek has called these figures symbols of sacred geometry, asserting that they represent ancient spiritual beliefs, and that they depict fundamental aspects of space and time.[2][3] Melchizedek claims that Metatron’s Cube may be derived from the Flower of Life pattern, and that the Platonic solids within it were “thought to act as a template from which all life springs.”[4][5] Melchizedek has been teaching the Flower of Life at workshops since 1985.

Once I read the description of the Flower of Life, I realized why there could be a possibility of this ancient pattern effectively closing the artificial portals. The pattern and its spheres are identical to the distances between the tones and the half tones in music. The frequency of the tones and half tones in music affect people along with any living being or creature within audible range. Since the artificial portals aren’t apart of the natural pattern created by earths design, they would be vulnerable to her frequency tones which could be considered like seismic waves. If so, with the pattern repeating itself, there is a chance the artificial portals won’t be able to stay open without the blue print of the original hexagonal pattern opening and closing. And let me say, that I am guessing here because at this point any of the above could be a solution or a figment of my imagination.

As a result of my obvious confusion over frequencies, I decided to look into what kind of frequencies come from the earth and found out that there were man made artificial frequencies as well. Here’s a few that I found with a little bit of information to go along with them.

The earth has a resonant frequency which is a natural wave created from lightning storms. It is also called “earth brainwaves,” because it is identical to the frequency spectrum of human brainwaves.

Infrasound which as also known as low-frequency sound, is used by whales, elephants, hippopotamus, rhinoceros, giraffes, and alligators to communicate over long distances. I think most of us know that migrating birds use naturally generated infrasound, from sources such as turbulent airflow over mountain ranges, as a navigational aid.

HAARP(High-Frequency Active Auroral Research Program) waves produce elf waves which manipulate the ionosphere. When certain areas are targeted, it can create devastating weather changes and also affect people in ways such as mood swings, irritability etc. Unfortunately, this might be a growing problem that interferes with earth’s natural frequency blueprint.

I came across this artificial frequency which I didn’t know much about. GWEN (Ground Wave Emergency Network) transmitters affect the earth’s natural brain rhythm by replacing natural geomagnetic waves coming from the ground with artificially created low frequency (LF) ground waves. I wondered how this is affecting people, animals and the Earth herself.

At this point, I must say that I am beginning to wonder if Sacred Geometry could even work considering the various types of man made artificial interference through out the planet. I can only assume Loekey already knows all of this and this is why they need an outside source to help them close off the artificial portals. Taking it a step further, maybe the interference coming from Haarp and GWEN have played a role in helping the artificial rips stay open and in place. It’s a huge assumption but one that has to be put out there.

To be honest with you, I’m starting to think, Loekey works in mysterious ways and that he wanted me to do some of this research on my own and write about it. I can see the full spectrum of this massive task that has been placed on his and many others shoulders. All I can say is that my respect for him has grown immensely from knowing this.

Loekey hasn’t communicated with me in his “non-typical” way since I emphatically told him I wasn’t getting out of bed to type the information he was imparting to me. I understand Loekey works on a vastly different timetable then me. His idea of sharing information is paramount and in the moment, not necessarily when it’s convenient for me to receive it. All I can say is, the next time he contacts me, I’ll get my tired butt up out of bed and I’ll do what I promised him I would do, which is to be a mediary, receiving and imparting his message to who ever wants to read it. This is all for now or until further communication with Loekey resumes.