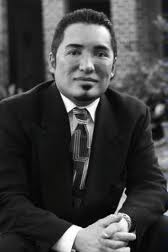 Cien Duodecim – XII
by John Lerma on Monday, March 7, 2011 at 10:05am
The last day of his life, he told me that the information would send a transparent and necessary message to the world regarding vital issues dealing with the real Vatican and Judaism Prophecies, which have forceably not been released as a result of pressure from certain powers in the World ie., World Bank and Vatican Bank. In utter secrecy, the true followers of God refused and apparently paid the price. He was quite cryptic about what the price was, however, he knodded in the affirmative when I spculated whether it involved the Vatican Bank, the death of a Pope and other people. Because of his illness, much of his comments were piecemeal at best but the rest was very percise. As you might guess, it definitley involves murder of top officials in the Vatican, Poland, United States, Middle East and scientists (Astronomers, Physicists, cosmologists, and engineers) that were made to look like accidents. Since Ive been investigating the stories, over 4 people I have interviewed have died, several in car accidents and one of a sudden heart attack. So, is what I just said true or fiction? Those of you that klnow me, know better.
Anyhow, I hope to have the Novel finished by this summer.